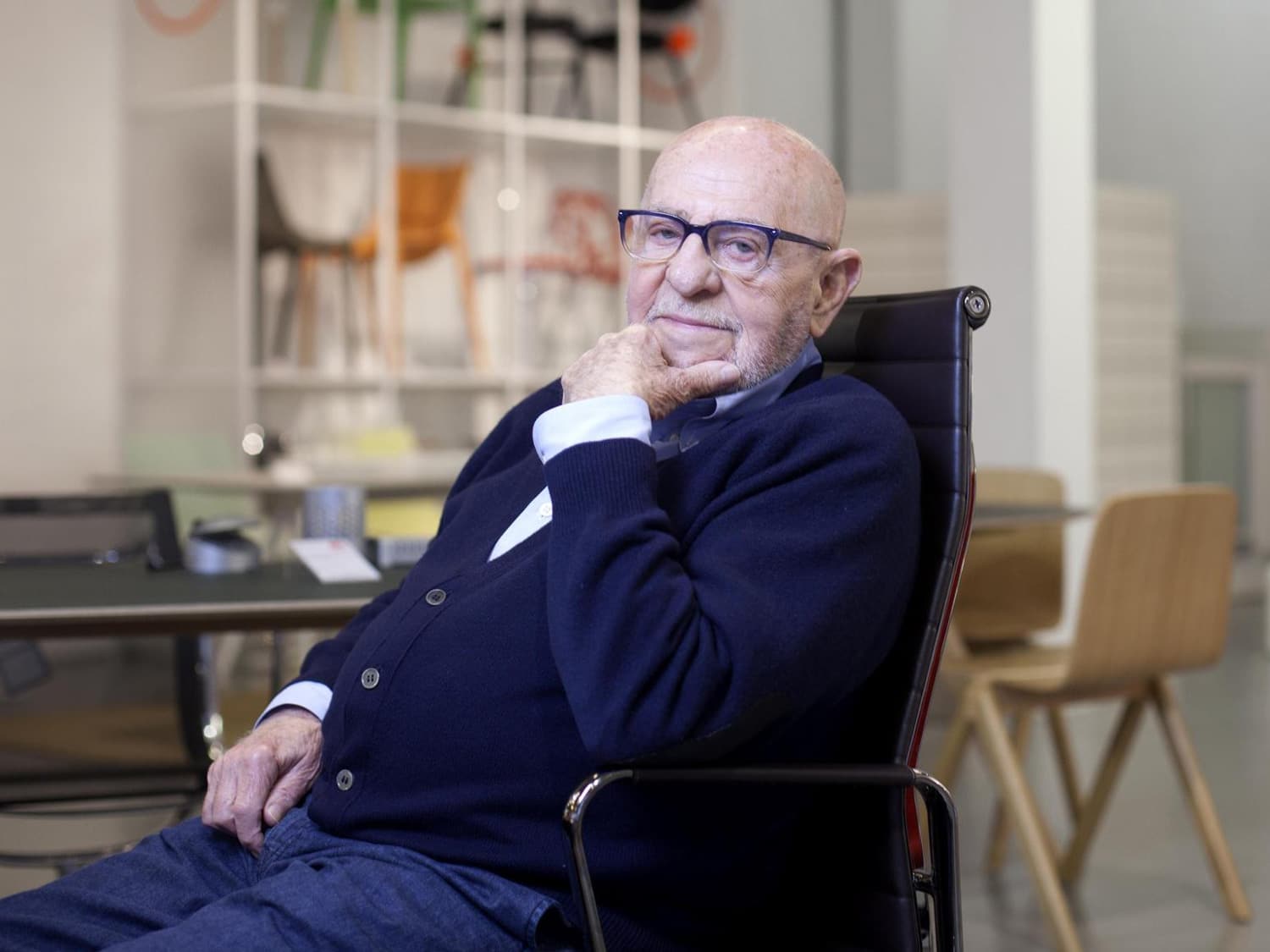 We remember the founder and chairman of Aram Designs, who died last week aged 89.

Zeev Aram, the founder and chairman of Aram Designs, died last week Thursday the 18th of March, aged 89. Everyone in the SCP family would like to extend our warmest condolences to his colleagues, family and friends.

Zeev Aram was a pioneer in the furniture industry in Britain and was a well-respected figure on the international design scene. From the 1960’s onwards he played an important role in changing British attitudes towards both modernism and contemporary furniture. SCP’s founder, Sheridan Coakley, remembers regularly passing the original Aram store on King’s Road as a teenager (usually on trips to the clothing boutique Granny Takes a Trip), where he would marvel at the beautiful furniture on display.

The Aram store, now on Drury Lane in Covent Garden, has long been the ideal central London destination for those with a love of contemporary design. Its third floor gallery space has consistently championed new design talent and many of the exhibitions it has held have provided a welcome springboard for new designers.

There is a lovely obituary about Zeev Aram on the Guardian, in which he explains that when he came to Britain from Israel in the late 50s, he “only brought persistence, insistence and chutzpah.” Perhaps those three qualities are all one needs in life.

He was most proud of “bringing back to life Eileen Gray”, whose furniture he brought back into production in the early 70s. Her pieces would go on to become best sellers for Aram, and are rightly regarded as design classics today.

In celebration of “persistence, insistence and chutzpah”, here are a two of Aram’s classic adverts from down the years. 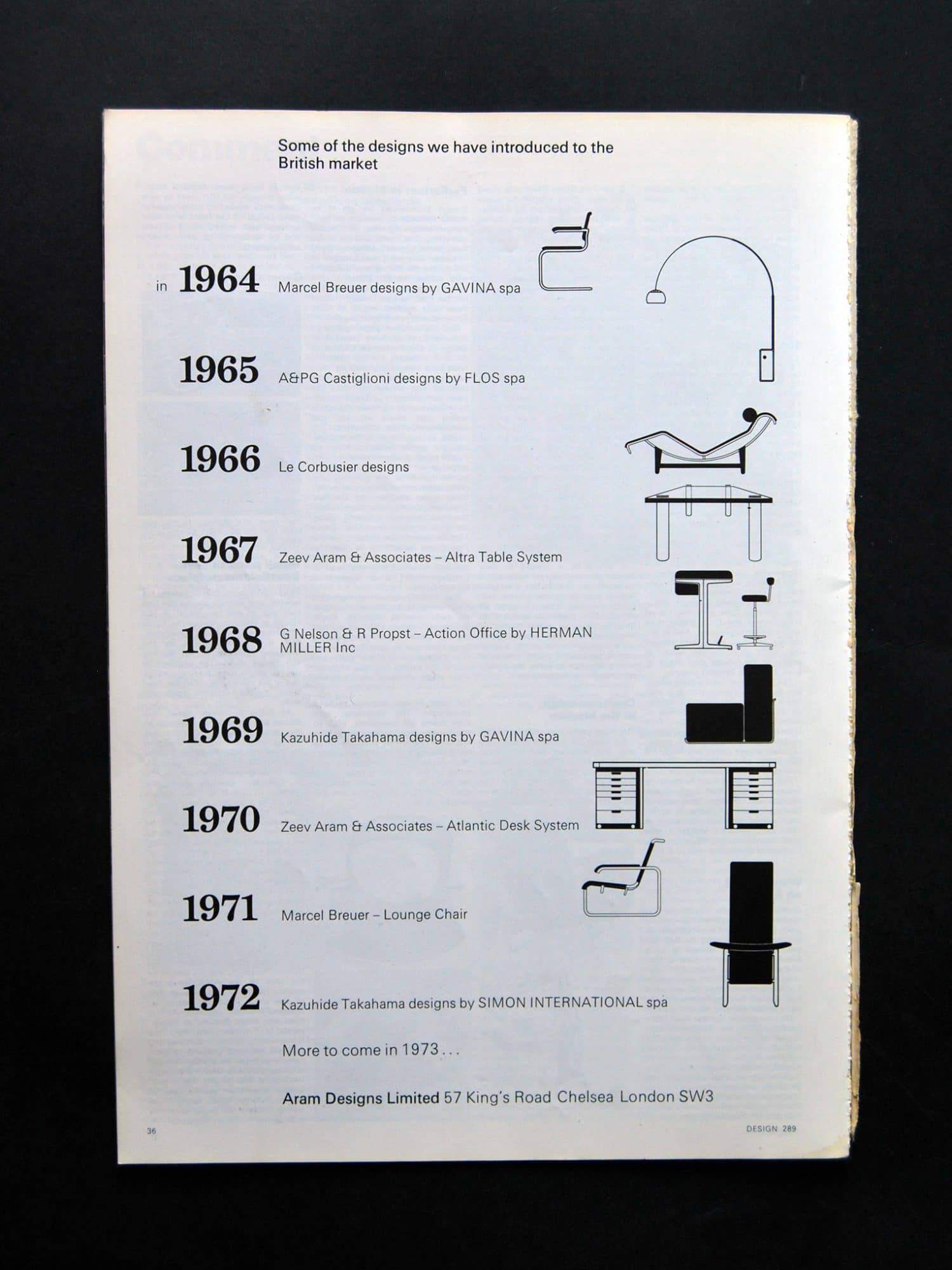 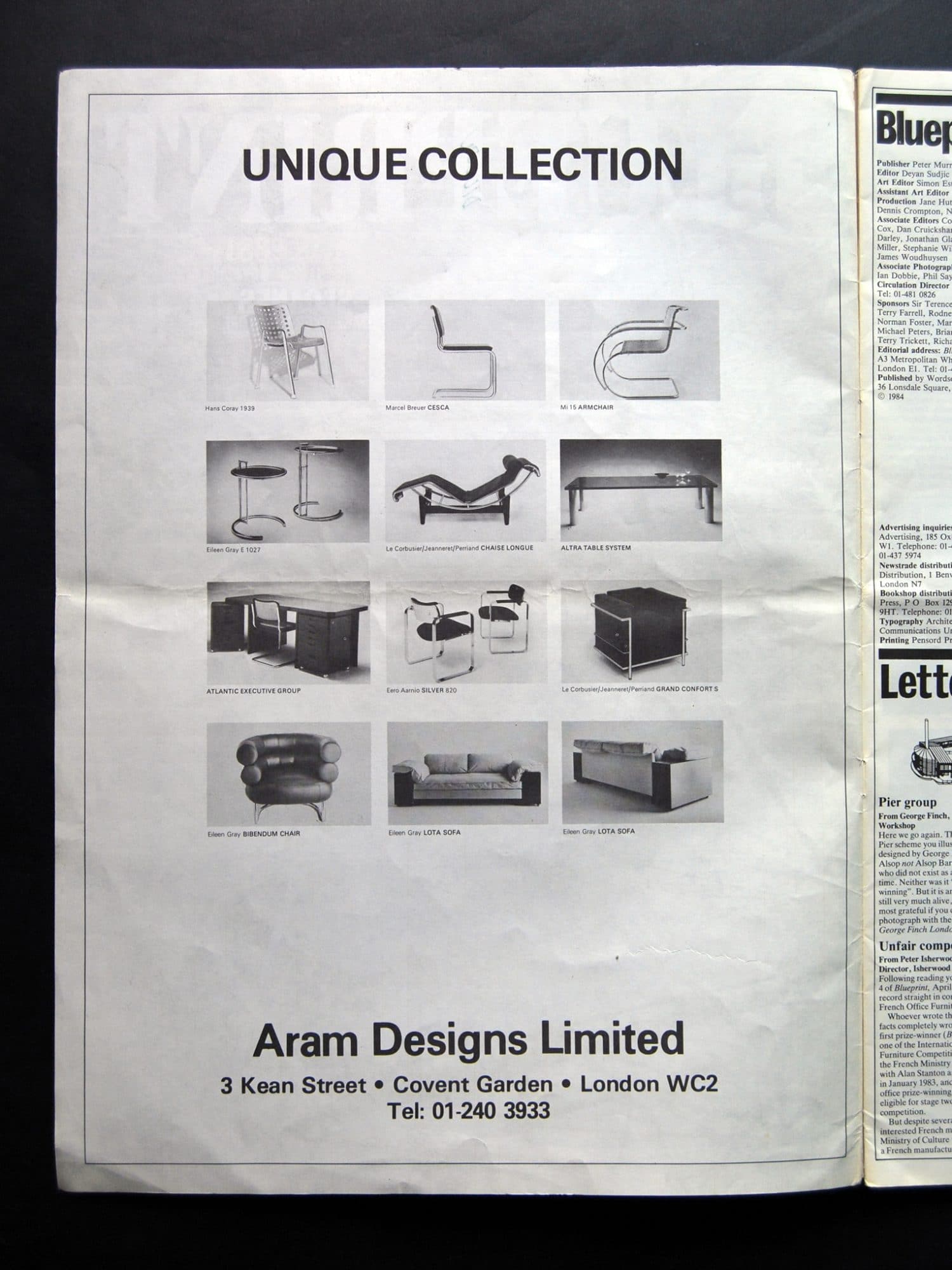 Aram advert in Blueprint Magazine, May 1984 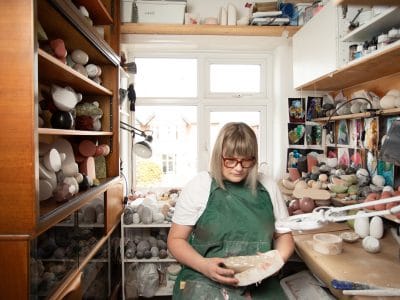 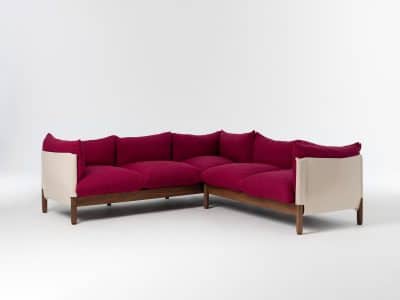 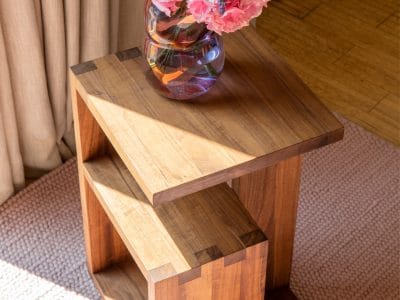