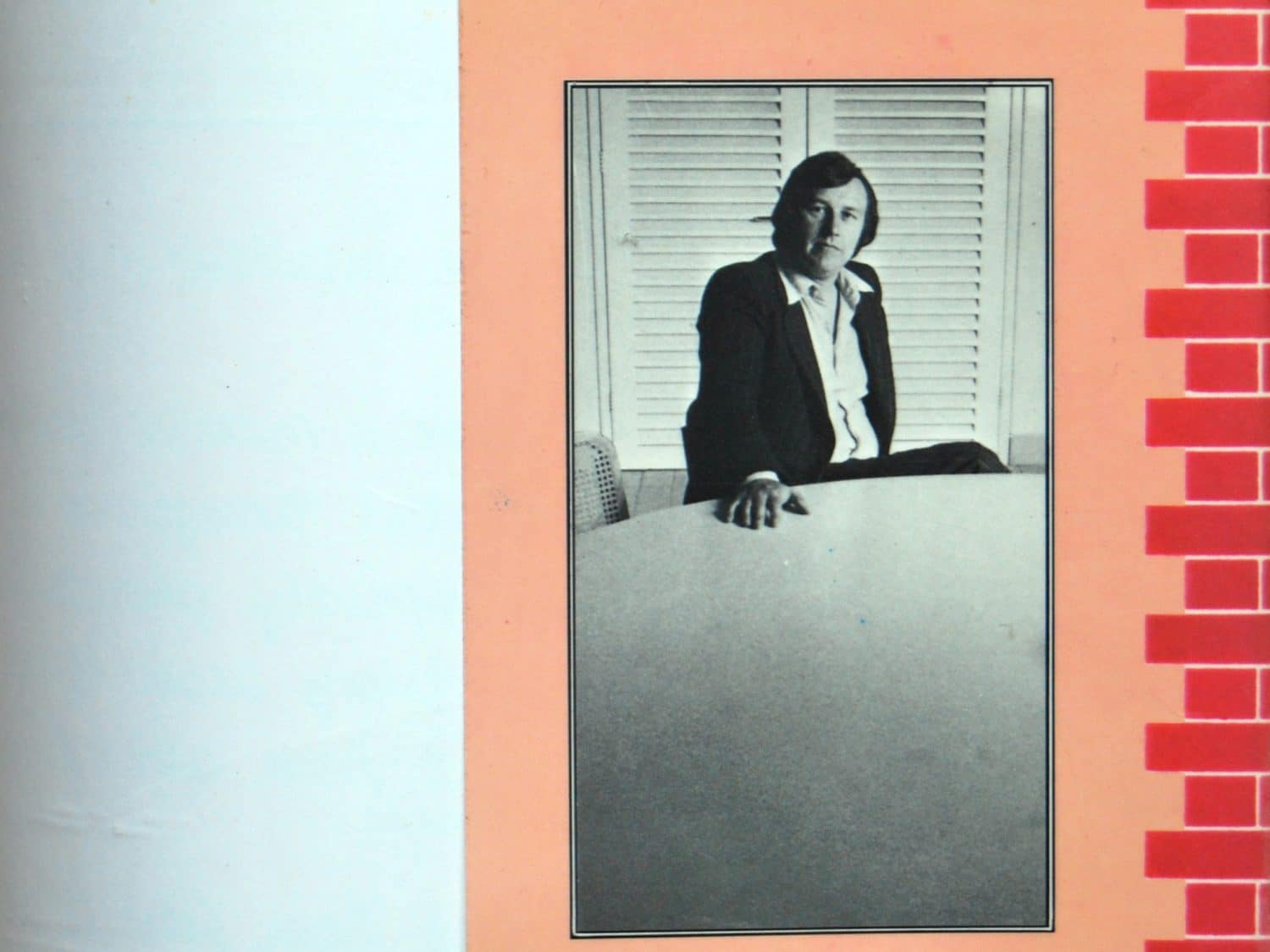 Remembering the life and work of Sir Terence Conran, one of the most influential personalities on British design scene in the second half of the 20th Century, who died, aged 88, in early September.

It’s not in the slightest bit controversial to say that Sir Terence Conran was a divisive character. If one reads the many lengthy obituaries written last month when it was announced by his family that he had died, one could be left thinking that his flair for self-promotion, his failures in business (rather than successes), and his multiple divorces were of more interest than his role in changing public attitudes towards modernity in Britain – and this would be a bit of disservice. The Times headline at the news of his death sort of sums up the ambivalence felt towards him: “Terence Conran: A posh boy with style who gave us the beanbag”. It’s derisory, on a few levels.

Much of this feeling might simply be due to that particular idiosyncrasy in British culture that says one must be modest about one’s achievements in life – or if you are going to try to win at something, do so without it looking like you are trying. Unfortunately, for public images purposes, Terence Conran was neither modest, nor seemingly ever made any effort to look like he wasn’t trying. Quite the opposite. In today’s more enlightened cultural climate, his slightly louche cigar smoking persona and his pronouncements about being a “hard-working hedonist”, seem more than just a little out of step.

However, context is key to understanding and one should probably acknowledge that his formative years were in a post-war Britain that is almost always characterised as poor, grey, austere and desperate for a brighter future (at the time being temporarily provided for by the black-marketeering Spivs). After first studying textiles at the Central School of Art and Design, Conran was then employed as an exhibition designer at the Festival of Britain in 1951. In an interview with the Daily Telegraph in 2011, he explained his experience of the visitors. “They came along in their dreary wartime mackintoshes, gas-mask cases filled with Spam sandwiches, and found bright cafes, music, flowers, modern furniture and a spirit of something that none of them had ever experienced in their lives.” Jump forward seventy years and those bright cafes, music, flowers, modern furniture and that “spirit of something”, were readily available to enjoy in neighbourhoods across Britain right up until Covid struck earlier this year. The story goes that when Conran opened his first London restaurant called The Soup Kitchen in 1953, a low-key cool affair, it was equipped with one of only two Gaggia espresso making coffee machines in Britain at the time, which Conran had reputedly driven to Italy to buy and bring back. 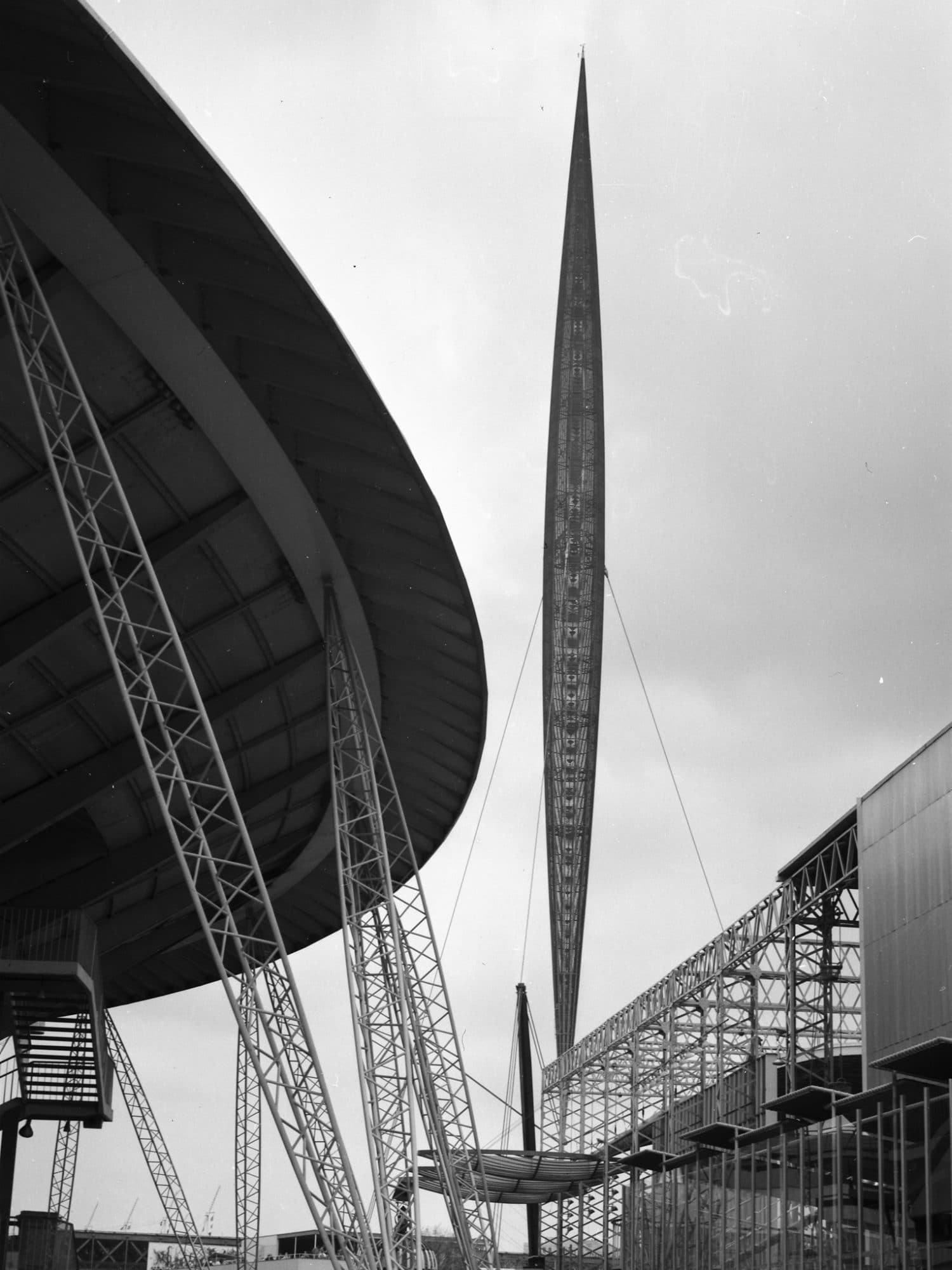 The Skylon at the Festival of Britain, 1951, image courtesy of BW Lee 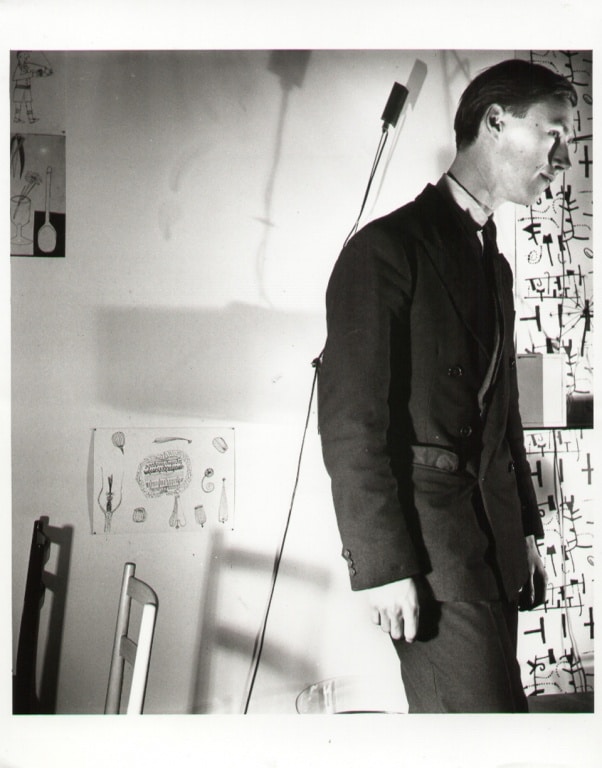 Terence Conran early in his career, image courtesy of the Design Museum

In 1956 Conran founded his own design practice and took to designing both furniture and interiors, most notably for a Mary Quant boutique. After an ill-fated attempt to create a manufacturing base in Norfolk, Conran then opened the first Habitat store on the Fulham Road in 1964, ostensibly to sell some of his flat-pack furniture designs that were not being picked up by more conventional retailers. However, Habitat sold much more else besides and was a store that really caught the zeitgeist. We asked SCP founder Sheridan Coakley about Conran’s legacy. “I think the most singularly important thing he did was Habitat. I just wished it still existed, because I still think there is a place for exactly what that shop was all about.” With copyright law less stringent in the 1960s, Conran was able to sell reproductions of many of the classic pieces of design, particularly chairs, to a public eager to embrace the joys of modernism. Sheridan explains “The important thing was he democratised design, he made it acceptable for people to want to have modern furniture, he was what we would now call an influencer. He loved the good life, he wanted everyone to live the good life. For him, it was a nice glass of red wine, comfortable sofas, cigars, French steak and chips.” At a moment when Britain was becoming the cultural capital of the world and the 1960s were really starting to “swing”, Habitat was able to offer a coherent idea of a lifestyle, and one that was very different from what had gone before.

"The important thing was he democratised design, he made it acceptable for people to want to have modern furniture, he was what we would now call an influencer."

Conran seems to have relished the role of arbiter of taste and one of his next moves was into the world of books, first with “The House Book” in 1974, published by Mitchell Beasley. This is both a practical guide to doing up your house, with detailed information on everything from plumbing in your bathroom, to which type of cooking pot to use for the perfect roast chicken, but more importantly it’s a kind of style guide. Full of colour photography and aspirational interiors, it was a forerunner to the annual Habitat catalogue, which would later prove an excellent marketing tool for the store, cementing the notions of modern living in the minds eye of the customers who read it. By the end of the 1970s, Habitat was a well established brand, with a Habitat store (under the name Conran) in the Citicorp building in Manhattan, as well as 30 branches across the UK and a few more in France and Belgium. Later in the 1980s, Conran would also establish Conran Octopus with Paul Hamlyn, a publisher that focused on books about design, interiors, gardens and cookery.

"I think the most singularly important thing he did was Habitat. I just wished it still existed, because I still think there is a place for exactly what that shop was all about."

As the 1980s began, Conran did two things that would have a profound effect on the future of the design industry in Britain. Firstly, he established the Conran Foundation, a charity whose principal activity is to promote industrial and manufacturing art and design. The second, was the foundation’s first brief, the Boilerhouse Project in 1982, which would later morph into the Design Museum itself. The Boilerhouse Project was first a gallery, held in a basement space in the Victoria & Albert Museum, and was intended as a resource for students, designers and the public to stimulate discussion around design. It later moved to a former banana warehouse in Shad Thames, on London’s South Bank, becoming a focal point for an industry that up to that point had lacked much formal representation. The Conran Foundation would again play a key role in funding the Design Museum’s move to their new home in the former Commonwealth Institute in Kensington in 2016.

Ironically, after receiving a Knighthood in 1983, things started to unravel in the Conran ecosystem, particularly with Habitat, which became part of a much larger Storehouse group, and then almost inevitably imploded, so by the end of the 1980s it was a shadow of its former self and was sold off to Ikea. Conran also resigned as chairman of Storehouse, but he kept a number of the Conran shops and began to focus his energies on becoming a serially successful restauranteur. Although the Conran shops are somewhat of a competitor with SCP, this didn’t stop them from stocking SCP’s seminal Balzac chair by Matthew Hilton, which was first designed in 1991. Sheridan recalls that Conran would always come to visit SCP’s annual Milan exhibition, keen to see the new collection and ever passionate about promoting good design. Conran was so convinced about the quality of the design of the Balzac, that the Conran store had it on display for two years before they even sold one. Later they were proved right, as it became SCP’s biggest selling upholstery piece for over a decade. 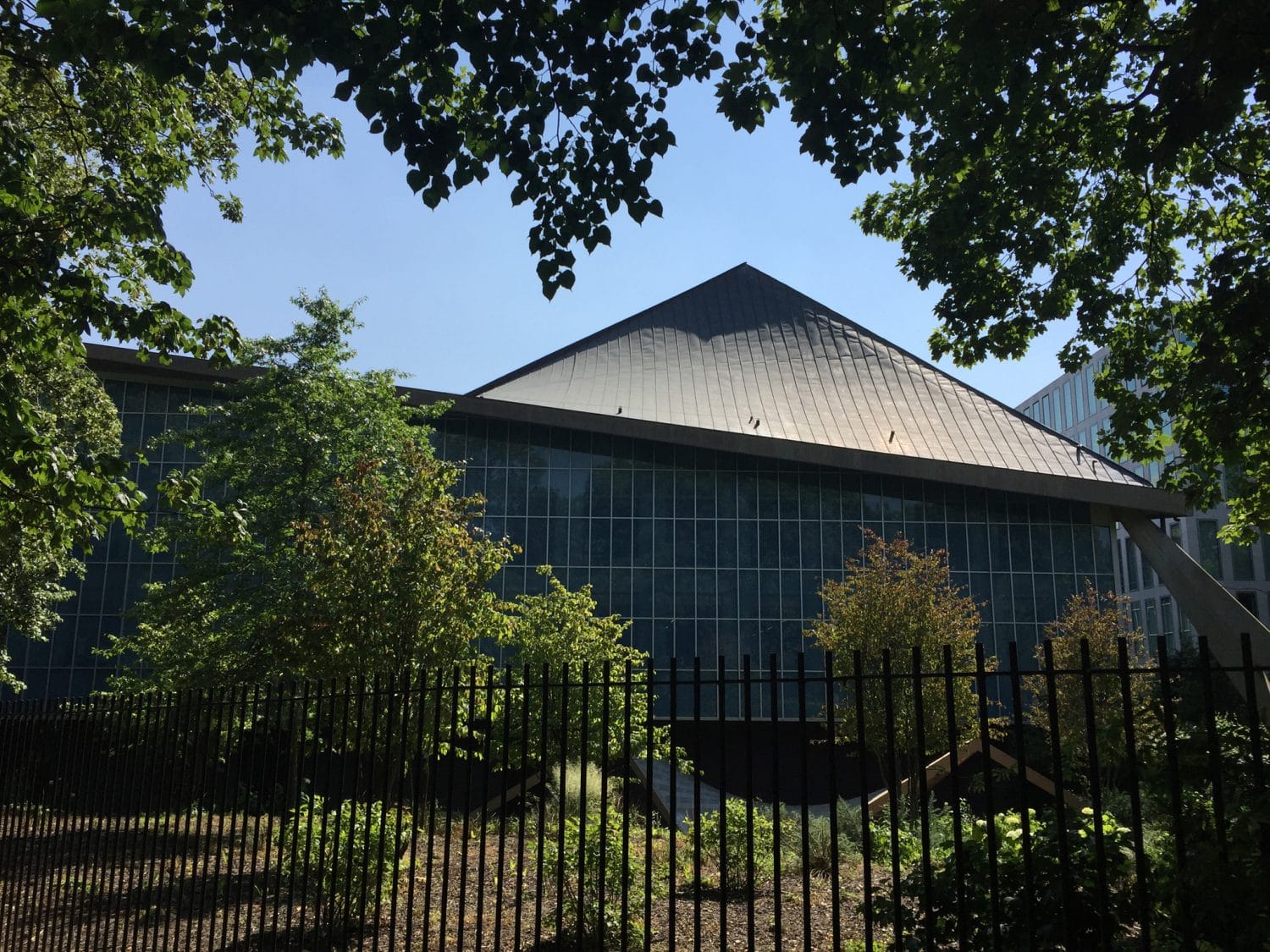 Soon after the 21st Century arrived, Conran was named provost for the Royal College of Art, a position he held for eight years. He was appointed a Royal Designer for Industry by the Royal Society of Arts in 2010, was appointed Companion of Honour in 2017 for his services to design and received a lifetime achievement award from The Furniture Makers’ Company in 2019. Sir Terence Conran was a complicated man, not exactly to everyone’s taste, but it’s difficult to ignore his hugely positive impact on furthering an interest and care for design in Britain. Since he published such a wealth of books during his career, it feels appropriate to end with some of his own thoughts on design, taken from the foreword of “The Conran Design Directory”, first published in 1985 (also the year SCP was born).

"Everything that man makes is designed, but not everything is well designed. Good design only comes about when things are made with attention both to their functional and their aesthetic qualities. Designers are necessarily concerned with the ordinary, everyday things that we use, but design is no means a purely utilitarian discipline. Quite the opposite; good design starts from the premise that living is more than just a matter of existing, and that everyday things which are both effective and attractive can raise the quality of life." 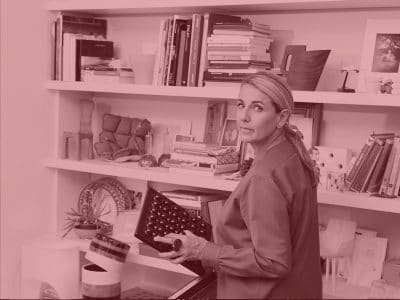 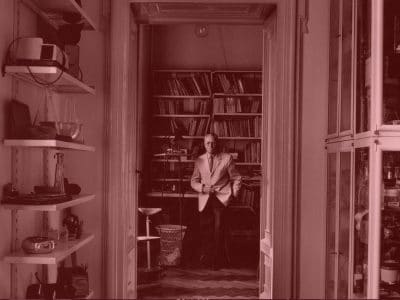 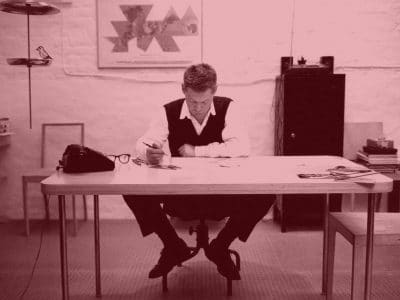