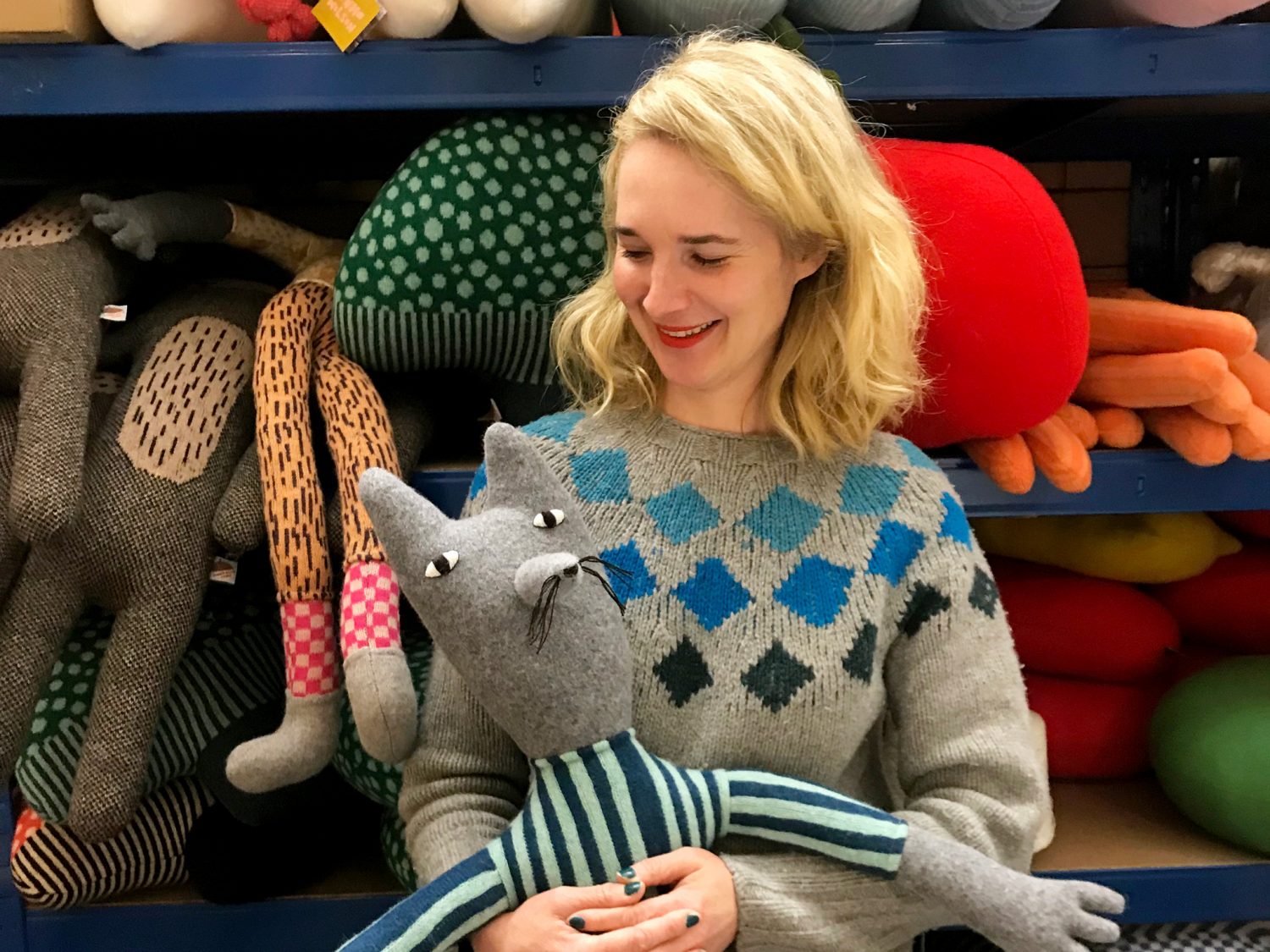 On an unseasonably warm late February day. Our Editor visited Donna Wilson at her Bethnal Green studio to talk about her new rug designs for SCP. They ended up talking about new directions, the importance of play, and how to design your way out of problems.

With your new rugs for SCP, it feels like you are taking a new direction. Can you tell us what has been going on?

It’s been 16 years since I started, and I had come to a point where I began to re-assess everything again. I had such a lot of success with the creatures and with that sort of aesthetic, it was like a boat that kept sailing. The creatures were something that I started doing at college, and perhaps they were quite original at the time and nobody was doing much like them, but I had always been interested in interiors and I had done rugs and furniture quite early. At the RCA I did the Doily Rug, the PomPom rug and another rug made from three and a half thousand glove fingers, which we couldn’t get manufactured anywhere because it was so technical. So, having the two things kind of worked, because the creatures would sell to the same sort of stores as the interior products, the independent design stores, everything kind of worked alongside each other. I guess having kids and having a business that grew up around it kind of took some of my creativity away and because things were selling I just kept of going with that.

That’s a kind of standard thing to do, make hay while the sun shines.

It was fine, but then I started to realise that a lot of people were kind of copying the style, and they were doing things in fresh ways. Maybe that is just a natural thing that happens after 15 years of doing what you do, you suddenly start seeing it everywhere, and I don’t want to feel that not so happy with it feeling. So, last year was a bit of a point of change. Amelia (her assistant) was saying “you need to go away and have a bit of creative time again”, but I can’t because I have a company and I have kids. So having new fresh inspiration is really quite hard, because you can’t just go travelling, or take time out, because you’ve got responsibilities. 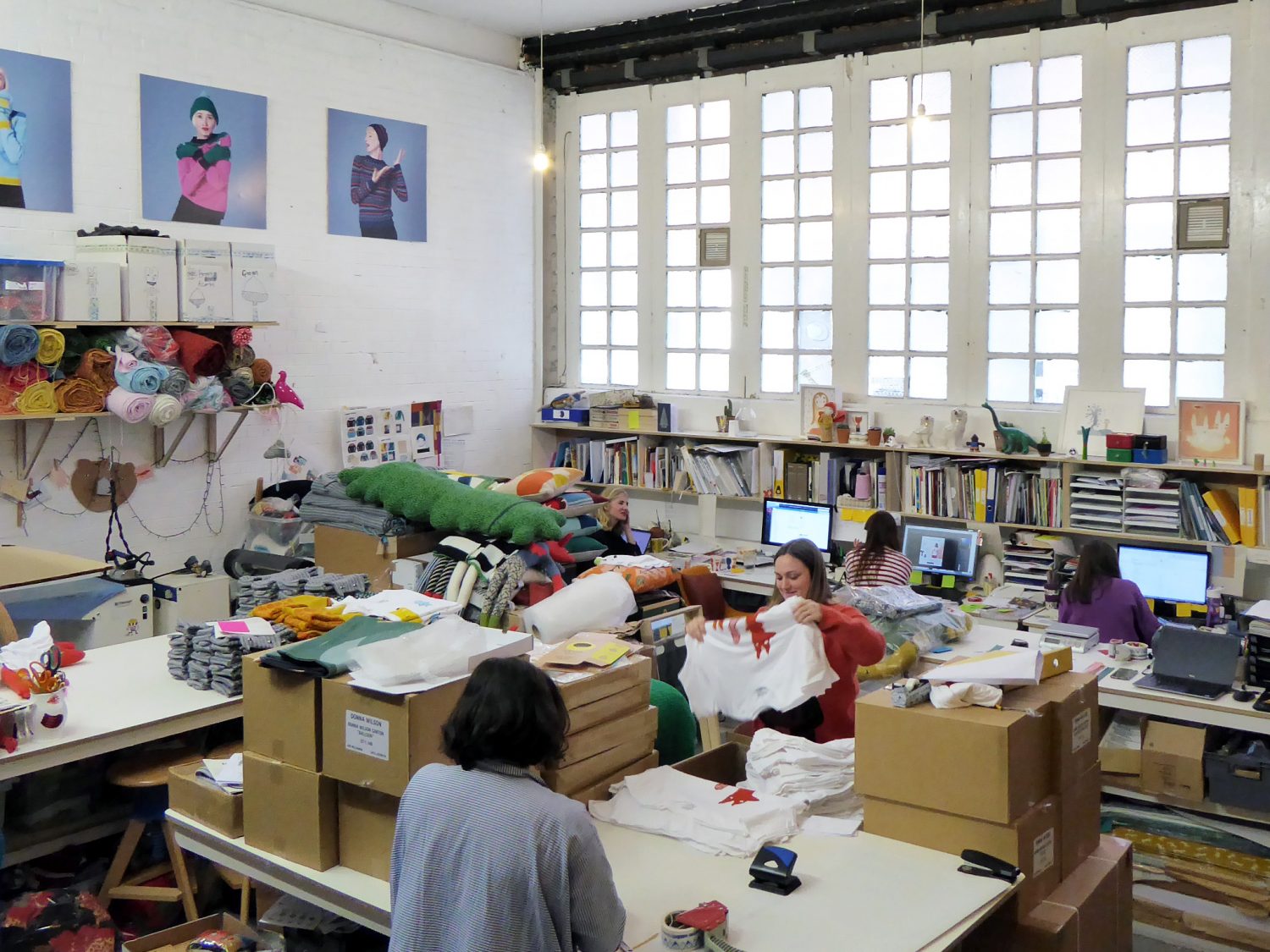 You almost need to book it in to you weekly schedule.

Well I had never really done that. When I come in to work I am solving work problems, I am not sitting here drawing.

But you are a businesswoman as well as a creative.

And I do like that, I live having balance. I like being creative but having to make it work commercially, that is the challenge and I like that challenge. But did feel I was getting sort of pushed along in a certain direction, everybody seemed to be asking “what are your plans, what are you going to do next?” I always thought I had to say the right answer, that I need to grow, but what I think I have realised in the last year is, maybe I don’t actually have to grow, maybe I just need to focus on being original and creative again.

That’s a really good shout, especially in the current climate.

I always wanted to be different, but I think I had forgotten my track. So, in the summer I went home to Scotland and I asked my parents to take the kids for a bit, and I had three days in a little cottage by the sea on my own, completely on my own.

Whereabouts did you go?

I went to Pennan, in a little place by the sea.

The place made famous by the 1980s film Local Hero.

Yes, that’s right. So I had the sea just there. I thought, I am not going to put any pressure on myself, I am just going to sit there, if nothing comes out that’s fine, it’s more about my head space. I just gave myself some time to think about designing things, not to sell, just drawing, not worrying if things worked or not. I went for loads of long walks down by the sea, one day it was really lovely weather, the next it was pouring with rain, but I was still walking. Just going round all the little coastal villages, seeing things. Nothing really came out of it, but it seemed to clear some space.

Maybe it just reminded you of something important.

Yes. When I got back, I got into the routine again, but in the evening, instead of just putting the kids to bed and going to watch TV, I set up a little studio in the kitchen and started painting. I just did hundreds and hundreds of paintings and put them up on the wall, and that was where these new designs for SCP came from. They were a bit more abstract, I was trying to remember some of the colour and texture from the seaside, but I was really just playing, with watercolour, with line and shape and colour, without a real end purpose for them. Trying to get back the feelings I had when I first started, not worrying about the outcome. 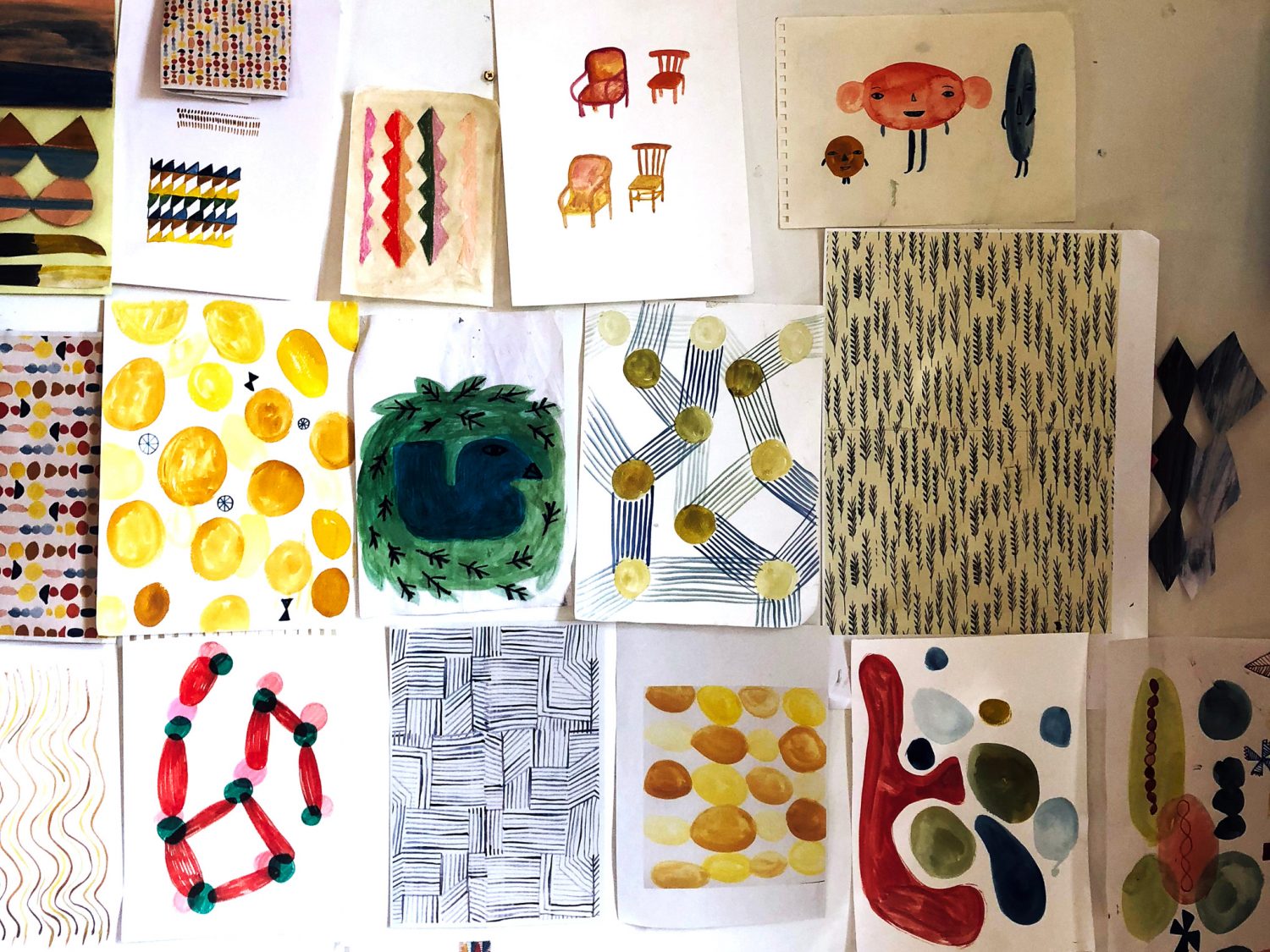 A few designers I have talked to recently have been reemphasising how important it is to play.

When you are studying you have got that time to play. You don’t have to worry about how much things would sell for, or how you are going to make something. That is so important, because you can really develop your style.

A lot of your early work came from that period when you were studying, playing and just messing about a bit.

It did. It is just hard to have time to do that when you have got to make a living, but I have realised that it is really important, and I don’t want to just be churning stuff out all the time.

Being creative and then taking it to market and making it successful is a different skill too.

Some people might spend their life painting and never really have any success from it, but for them that is the most important thing in the world, just the process. The next person might just hit it lucky, but they are no better than the other person, but in the world’s eyes they are, and they make a crazy living from it, but it is all subjective. I do always have that kind of argument in my head, that I want to do something creative that challenges me and pushes the boundaries a bit more, but at the same time I have to make sure it sells. I am looking for that balance, because I don’t want to just be on my own, I do want to have a company and people around.

I think I had become a bit trapped by the success I had had. I was worried about changing the style and aesthetic, because I might lose the customers I have got and alienate people, but then I thought, if I don’t try this, I am never going to know.

I think they will come with you, the creative landscape is always changing, people like new exciting things. So, what are you doing now to make sure you can keep that creative part of you working? Are you painting every day?

Not every day, but definitely a lot more than I used to. I am just trying to take a day a week when I don’t come in the studio, giving myself time to sketch, draw and look at things. I have got some ideas now for a kind of one off chair, made from wood, sort of taking my drawings and making them into something three dimensional, but it is early days for that.

So, can you talk us through the new designs for SCP. The have a totally new look and feel.

Well, there are three new designs, and a new colour-way of the Purl rug. The designs are called Blue Line, Sea Pebble and Waves & Ovals. They were all from doing the little watercolour drawings, particularly Blue Line, which is really just a series of watercolour lines. Waves & Ovals has these big shapes on it, I was just working with these big pebbly shapes, and mixing colour, which is something I have always enjoyed, putting weird combinations together. Sea Pebble maybe comes from the big organic forms you get when you are in nature, I was cutting up and repeating things, in a kind of collage. To make it was quite difficult, because they had to interpret graduating colour into something that is solid colour, so they have to mix the yarns together. We didn’t know how it would turn out, but they have done it with amazing skill.

What else can we expect to see from you this year?

With my brand, the range got so big, we are just trying to bring it back in and refine it a little. We are going to stick with the knitted stuff, because that is what we are good at and we know how to do it well. I still enjoy working with wool and knitting, but there are going to be some new products, and a definite shift in the overall aesthetic. In business terms, there is a lot of uncertainty at the moment, but I think for designers, when you are faced with these kinds of problems or circumstances, you have to just be clever about it and design your way out of problems, and we will adapt in some way. Maybe a bit of a shake up is not such a bad thing, maybe it will change the direction of where we are going.

Thanks to Donna for giving us the time. Here’s to a successful and playful 2019. 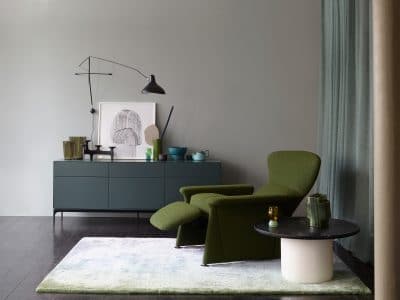 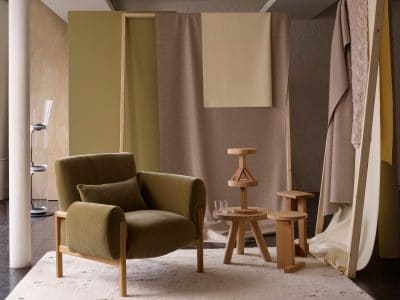 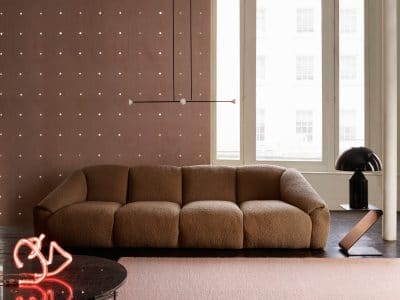