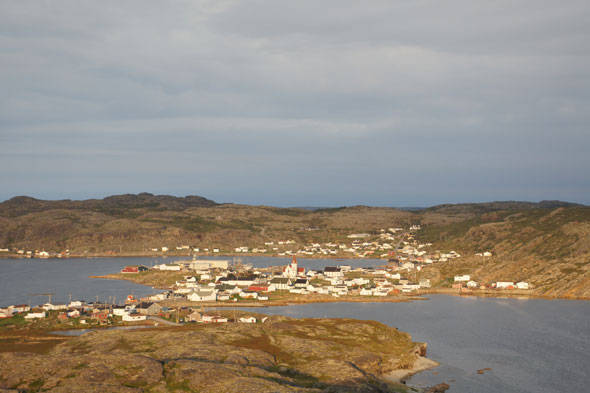 Last week, Tim Cox, director of our upholstery factory, Coakley & Cox, travelled to Fogo Island, Newfoundland, with resident upholsterer Neil Willmott. Their aim: To teach the local community the art of upholstery making whilst producing SCP furniture for a new hotel being built on the island.

The project came about through The Shorefast Foundation, a charity which undertakes projects built on social entrepreneurship on Fogo. The Fogo Island Inn is the latest project by the foundation that aims to make the island a leading destination for geotourism. The five-star modernist inn, designed by Todd Saunders with interiors by Ilse Crawford, will have 29 oceanfront rooms, a spa, cinema, heritage library and art gallery. The rooms will be furnished by international designers including Donna Wilson, Ineke Hans, Nina Tolstrup and Simon Jones. All profits made from the hotel will be reinvested into the community. 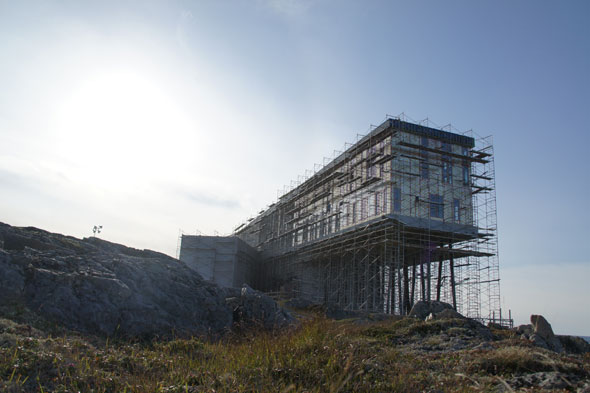 Zita Cobb, founder of the Shorefast Foundation, approached Donna Wilson two years ago and asked her to design three pieces of furniture for the hotel: a bespoke pouf, an upholstered armchair and a wooden framed armchair and sofa; Bertha (shown below).  Donna collaborated with SCP to develop the designs, taking inspiration from the boats and traditional boat buildings found on the Island. 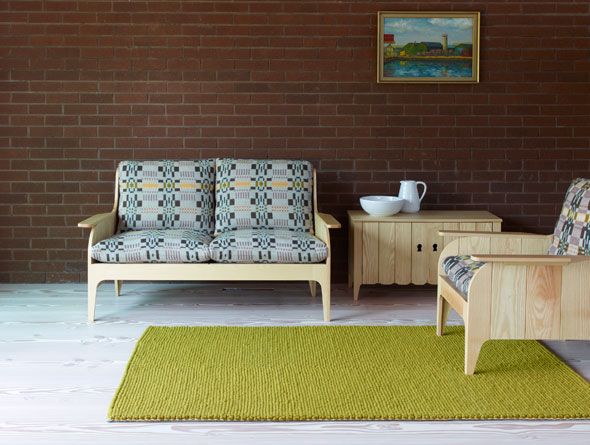 Tim and Neil’s trip to Fogo started with a flight to St Johns (Newfoundland), followed by another flight to Gander, a two hour car journey, topped off by a 45 minute boat trip to the remote island which has a population of just under 3,000. 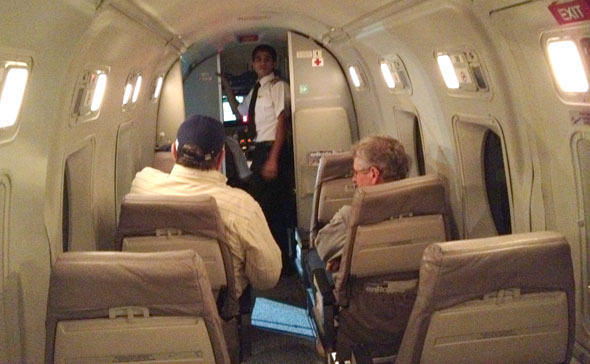 The island’s church, which has been converted into an open studio space, was temporarily transformed into an upholstery factory where Tim and Neil trained local islanders; Mona & Millicent, to upholster 17 Eadie armchairs in five days. With the frames pre-built by three local cabinetmakers, Tim and the team set about upholstering the armchairs using natural fibres, horse hair and wool (a replacement to petrochemical foam). These chairs will be used to furnish the hotel’s bedrooms, foyer and meeting rooms. 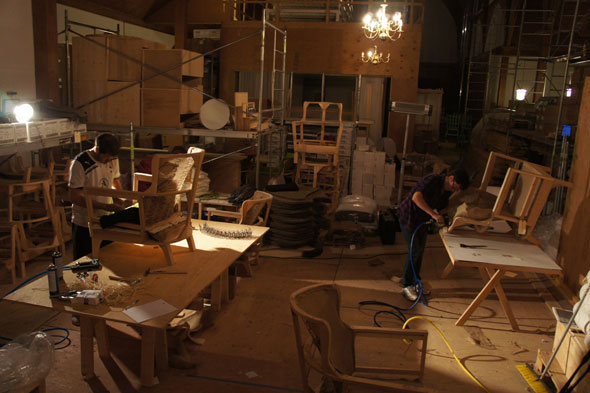 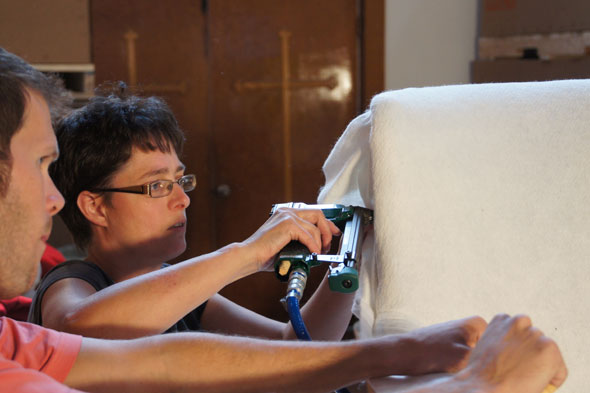 The hotel is due to open in 2013. More Fogo stories coming soon. 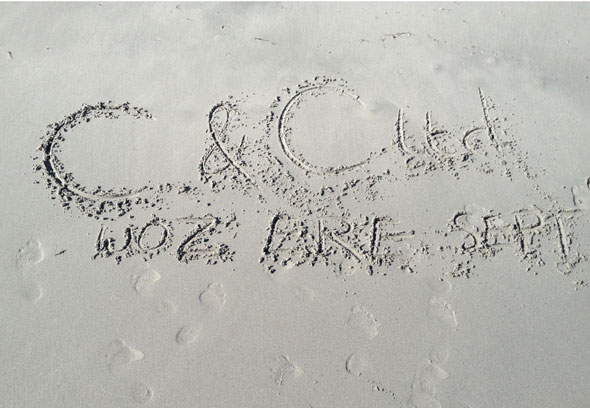 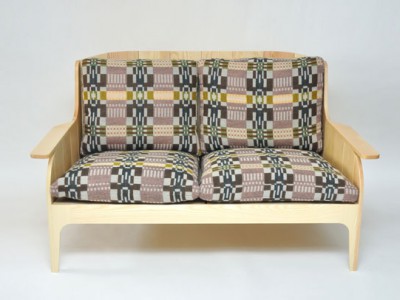 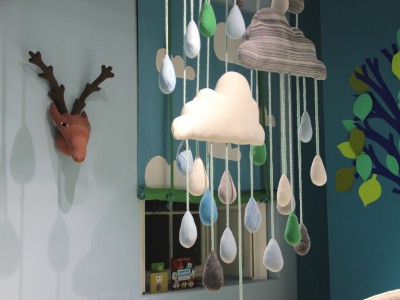 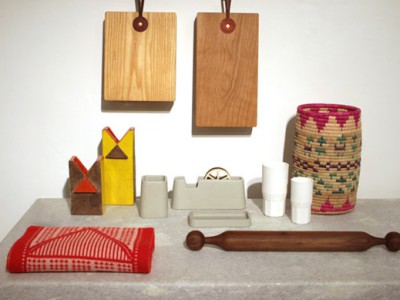