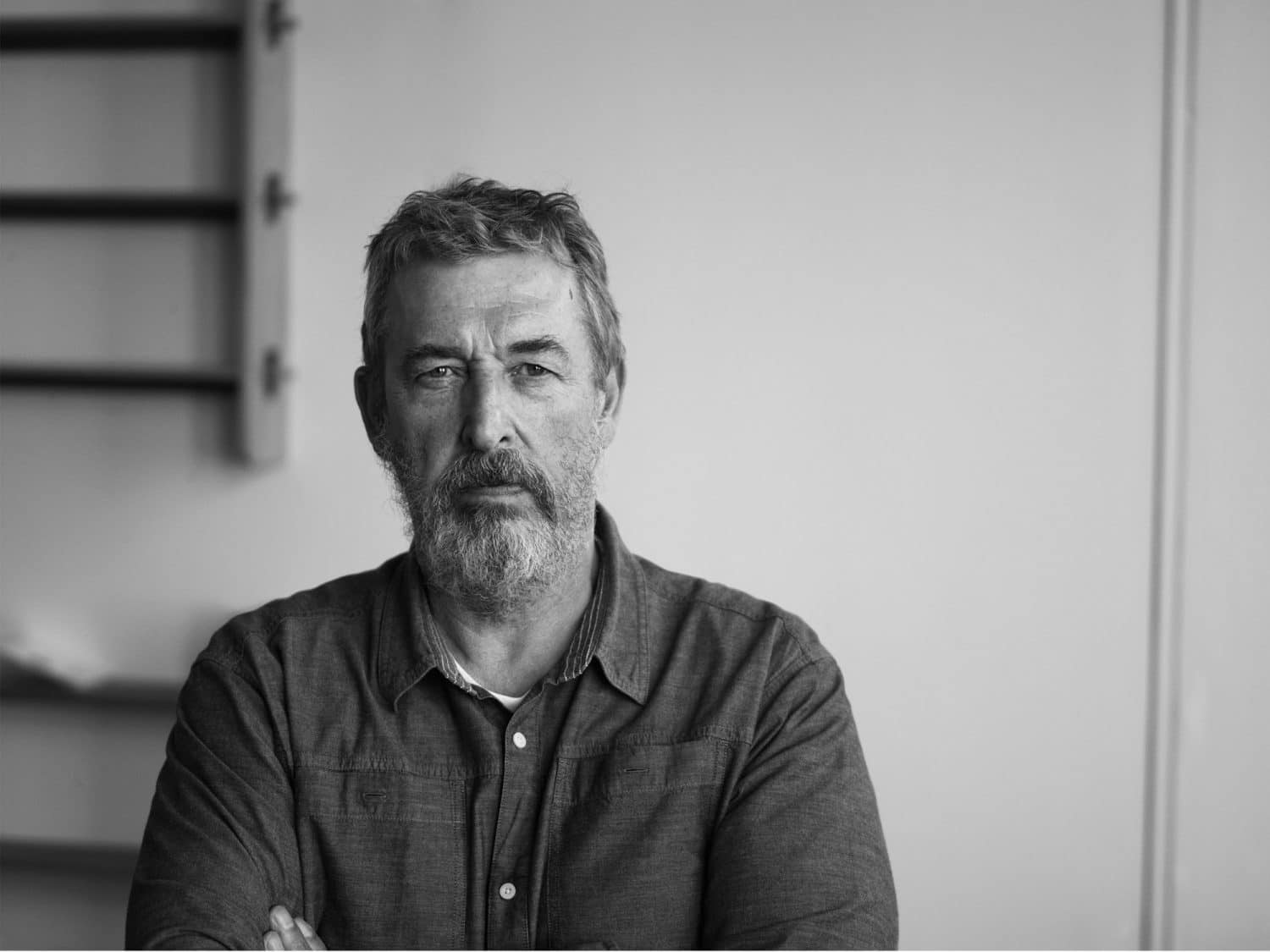 SCP is a manufacturer and retailer of modern design products. The company was founded in 1985 by Sheridan Coakley, an entrepreneur who has gained a reputation as a pioneer and advocate of modern design in Britain. Three decades on, SCP remains true to its founding idea, to make and sell design products that are beautiful, functional and made to last. 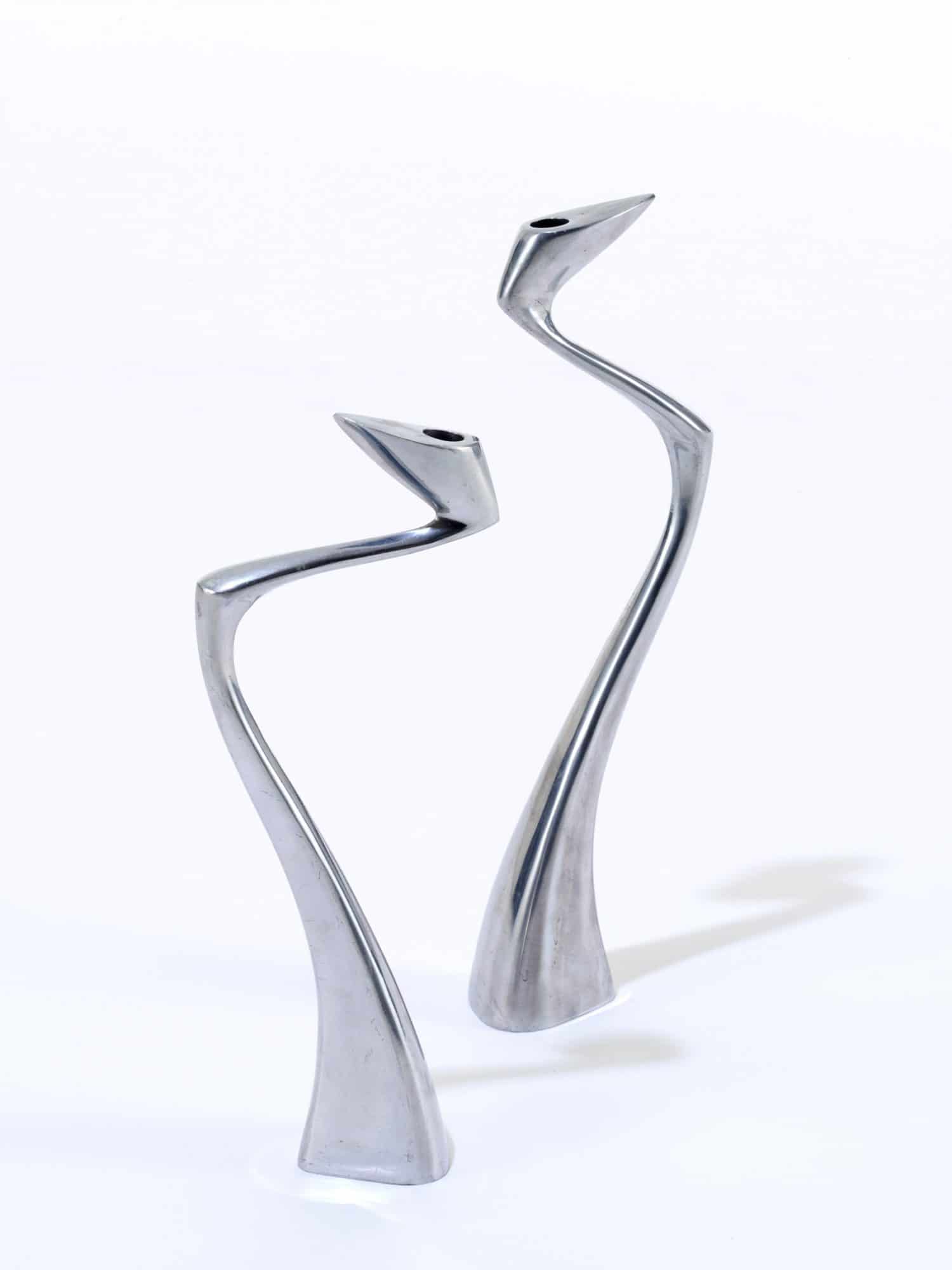 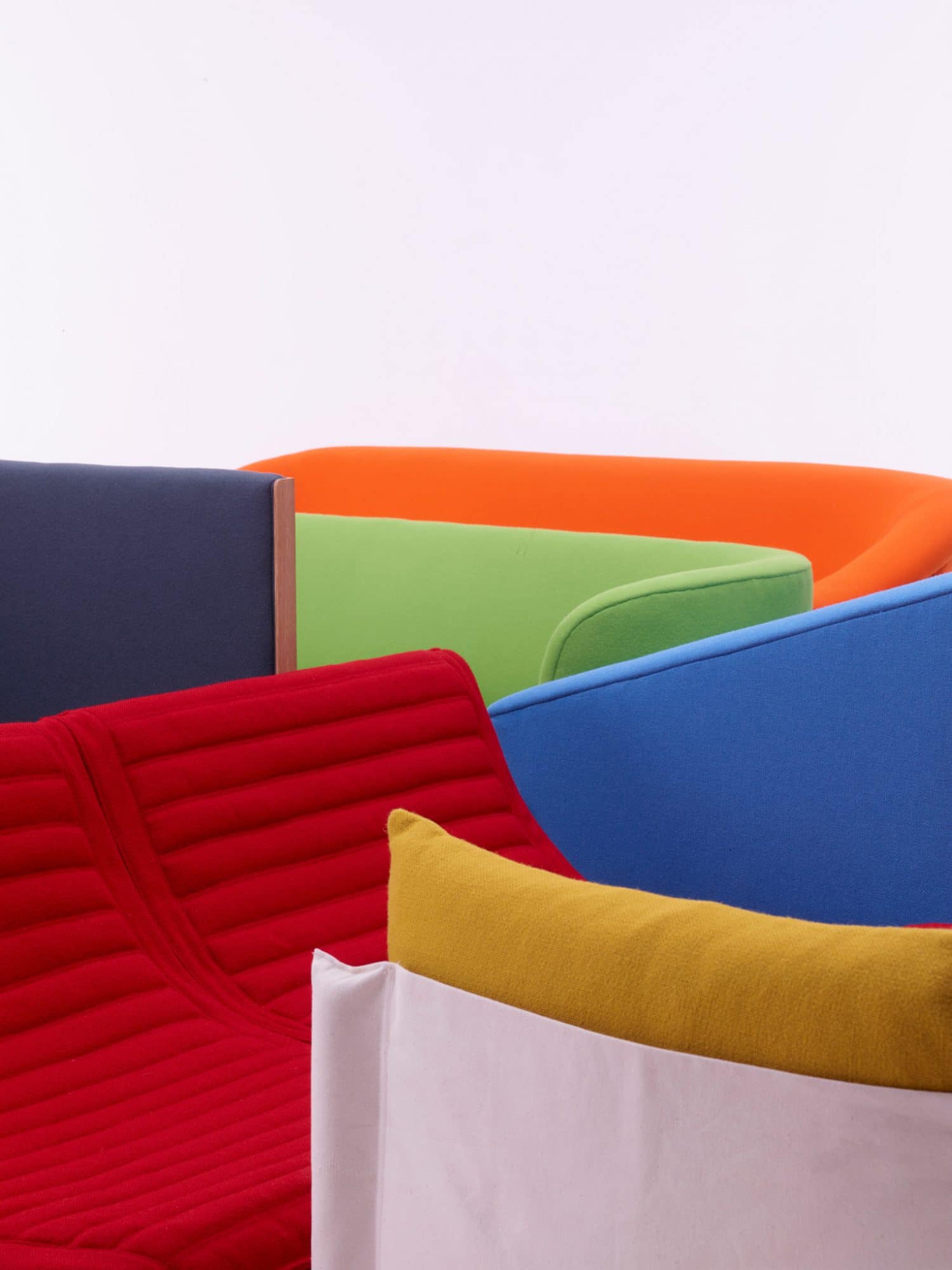 The Sofa In Sight Collection of Upholstery, 2015

After cutting his teeth as a modern furniture dealer with a small shop in Westbourne Grove, Coakley formed the idea for Sheridan Coakley Products (SCP) when on a visit to a re-chroming factory and fabricator in Shoreditch. He was bringing old pieces there to be re-furbished and on one occasion spotted a space to rent nearby. It was a large old factory building, a relic of the time when the area was home to the London furniture industry. He rented the space and launched SCP on Curtain Road in 1985, with a show of furniture by Philippe Starck that had been designed for Café Costes in Paris. Coakley had the good fortune of meeting graphic designer Peter Saville, who was a regular visitor to the Westbourne Grove shop, and he created a logo, invitation and catalogue for SCP’s launch. 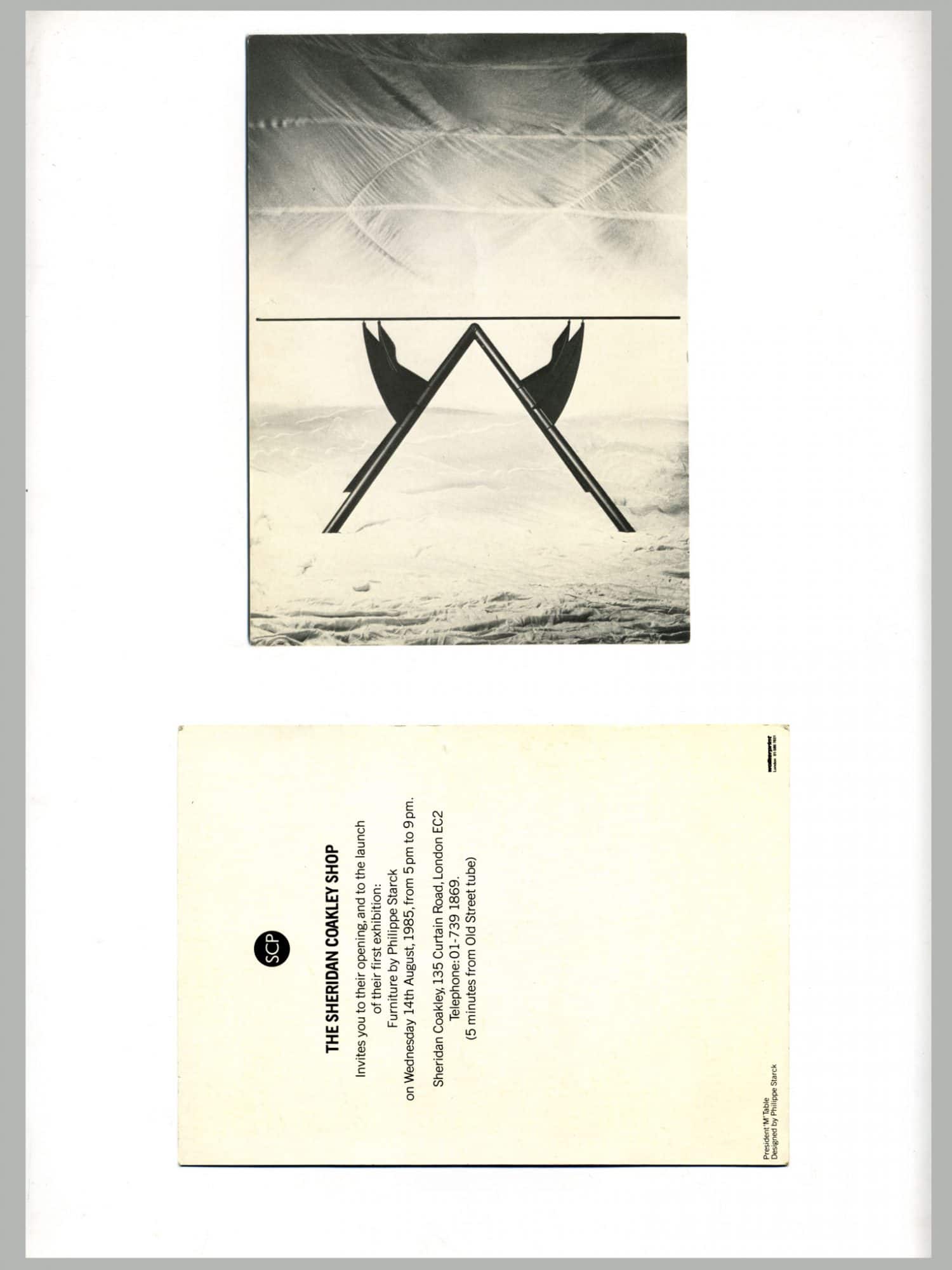 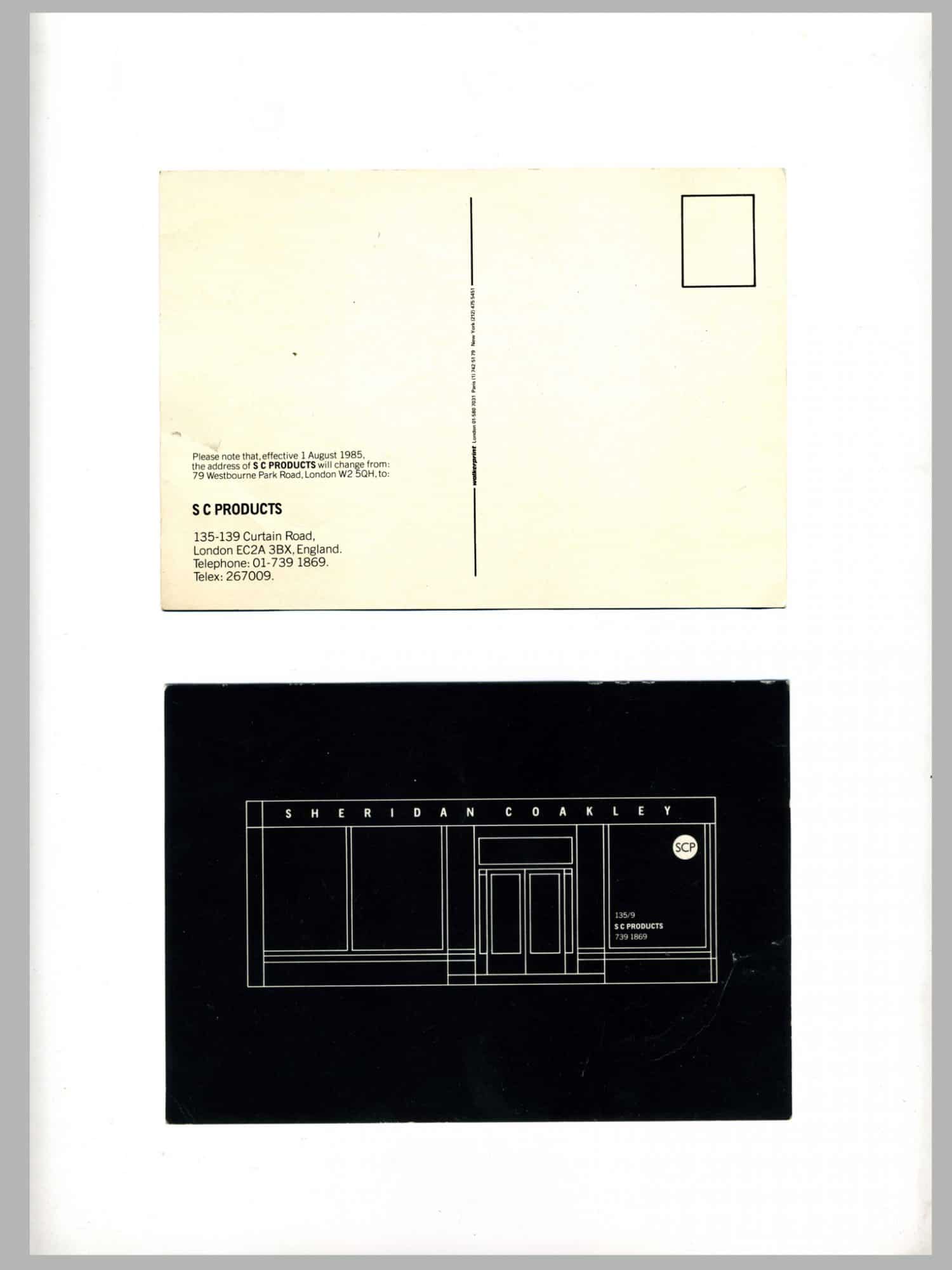 SC Products Postcard to celebrate the move to Curtain Road, 1985

Coakley had been remaking a number of PEL designs under license, PEL were the foremost tubular steel modernist furniture maker in Britain in the 1930s. He then decided that rather than continually re-furbish and sell older designs, he would get some new pieces made by young designers Jasper Morrison and Matthew Hilton, both of whom he had recently been introduced to. This first collection of designs was shown at the Milan Salone del Mobile in 1986, as part of an exhibition supported by the BFM (The British Furniture Manufacturers Association). The following year, with the support of Giulio Cappellini, SCP were the first non-Italian company to be allowed to present their designs in the modern furniture hall. The exhibition was well received and established SCP as a pioneering force in the UK and international furniture industry. 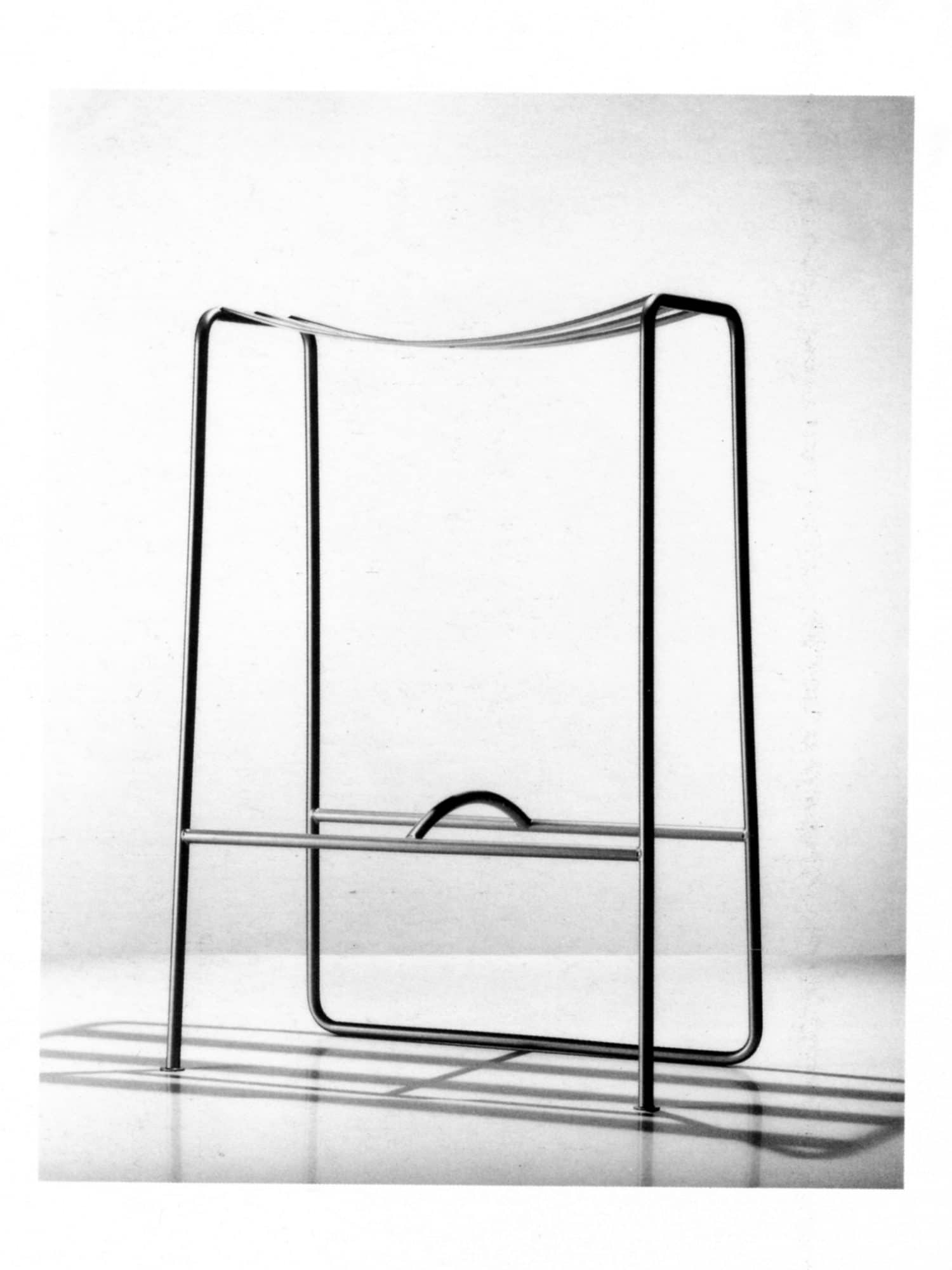 Stool by Jasper Morrison for SCP, 1986 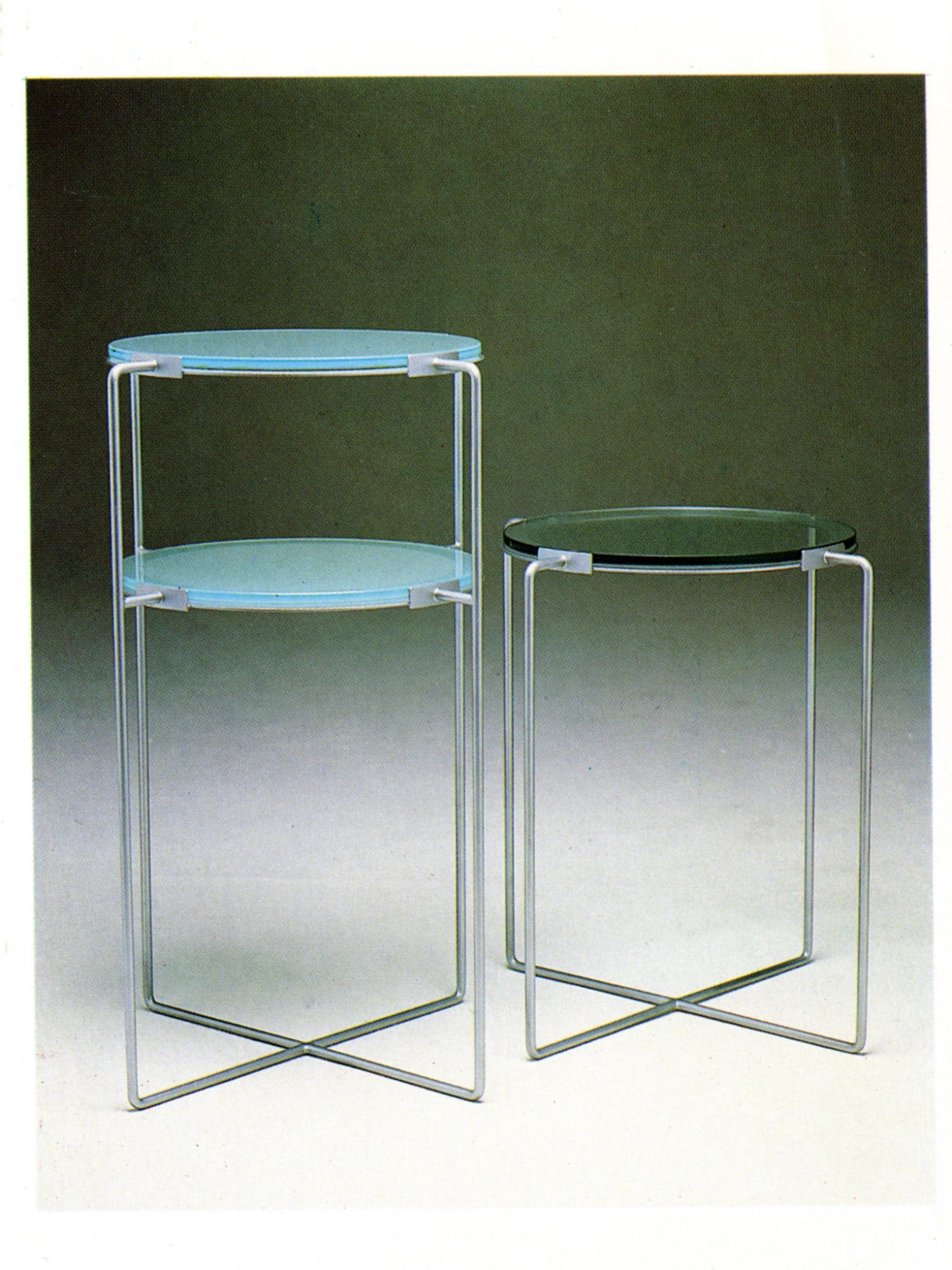 Side tables by Jasper Morrison for SCP, 1986

In 1991, a few years after launching these early collections, which were predominantly pieces made from metal or wood, SCP manufactured their first ever upholstery design, the Balzac armchair by Matthew Hilton. Working with a traditional upholstery maker in Norfolk, the design took over two years to develop, but Hilton’s talent for modernising traditional typologies ensured that the Balzac armchair and accompanying ottoman were a commercial success. This encouraged SCP to develop a full collection of upholstery designs, and later in 2003, to vertically integrate the factory into the business. 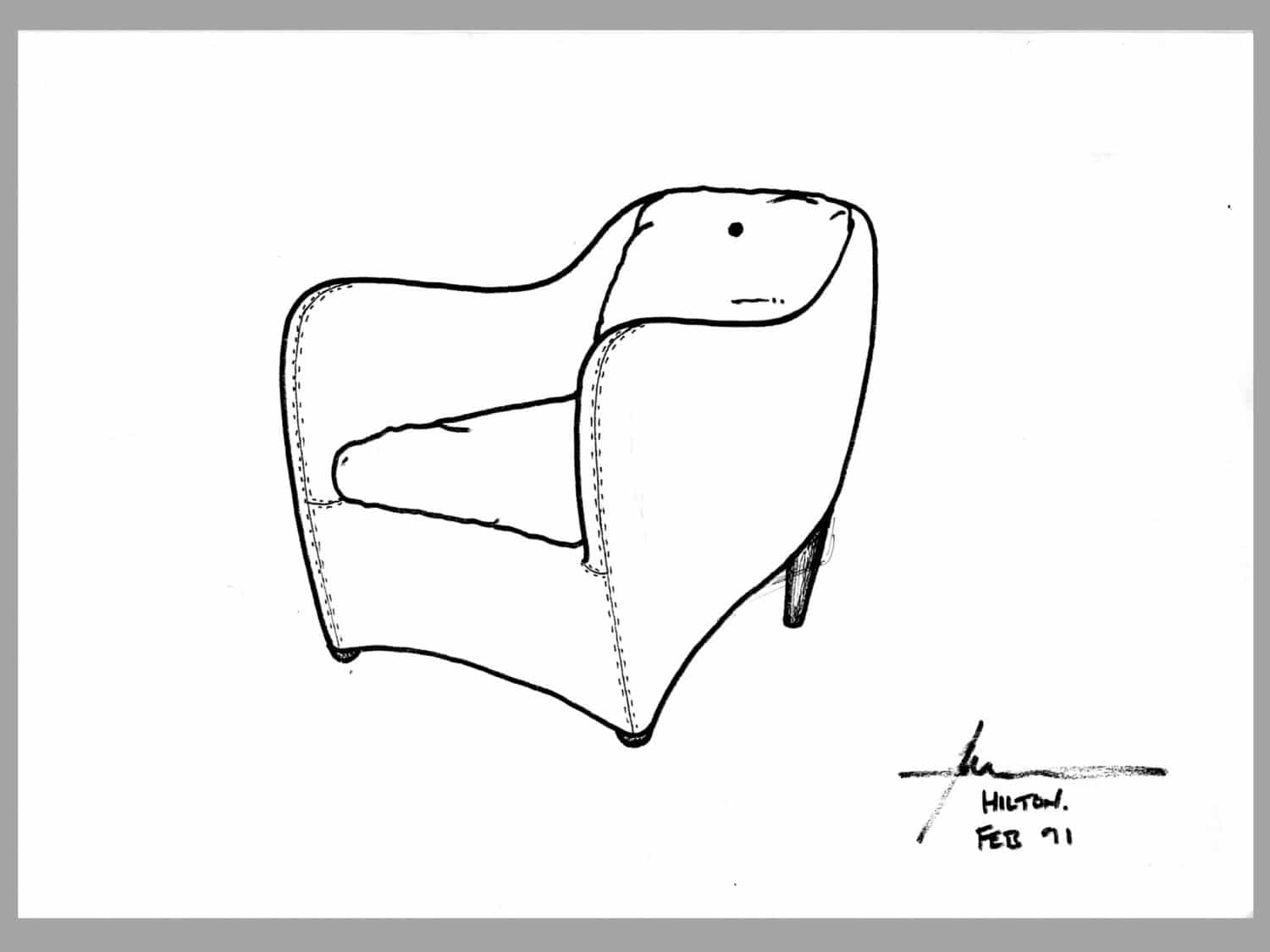 Matthew Hilton's first sketch of the Balzac armchair, the first upholstery piece created by SCP in 1991.

Since the early days of creative entrepreneurialism, SCP has continued to innovate. SCP’s story reflects the growth of a recognisable design sector in Britain. SCP opened a Contracts division in 1995, developed an award-winning design store on Curtain Road in the late 90s, vertically integrated the upholstery factory in 2003 and created a full range of lighting, accessories and textiles in 2009. 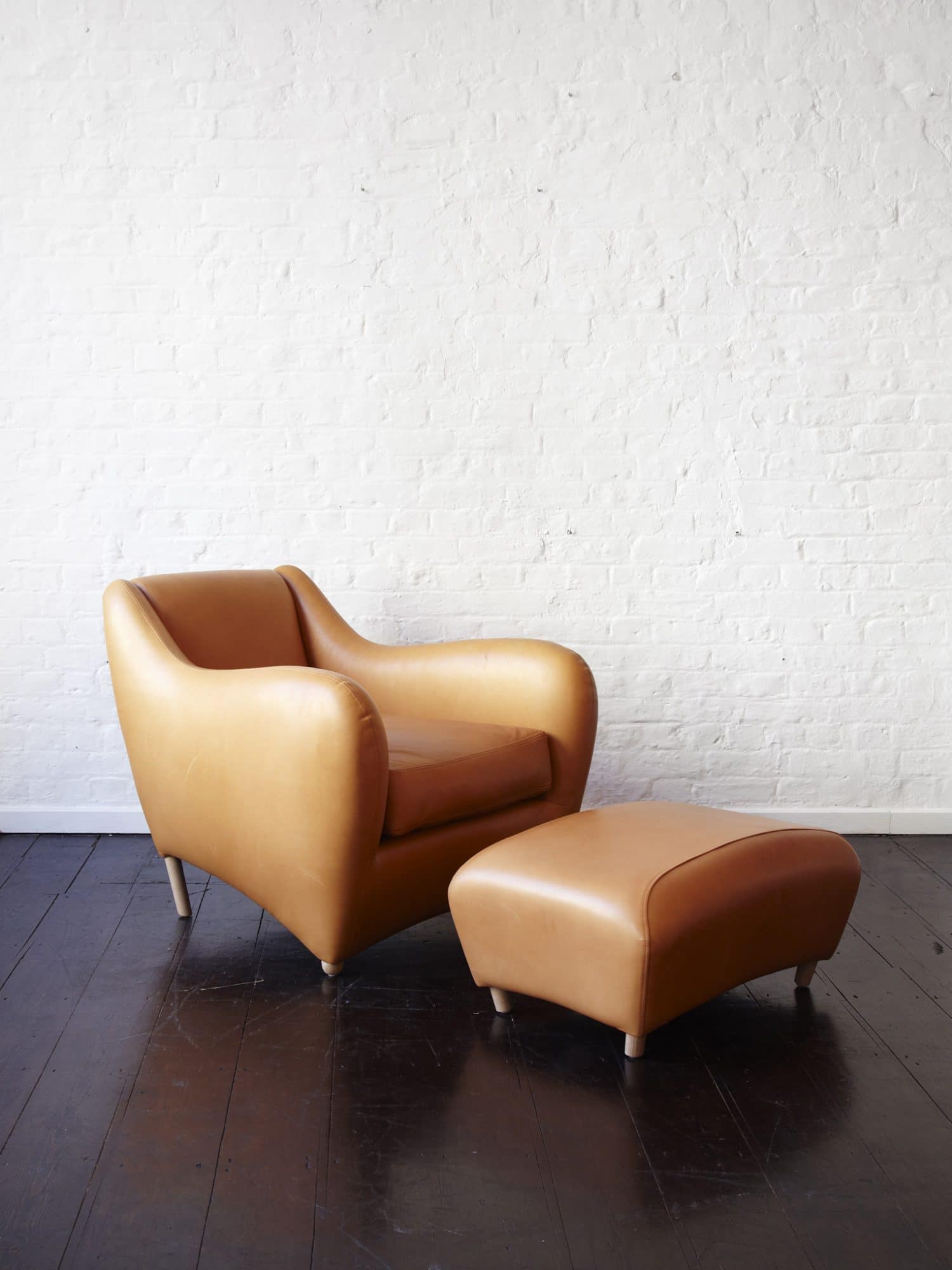 Balzac armchair and ottoman by Matthew Hilton for SCP, 1991 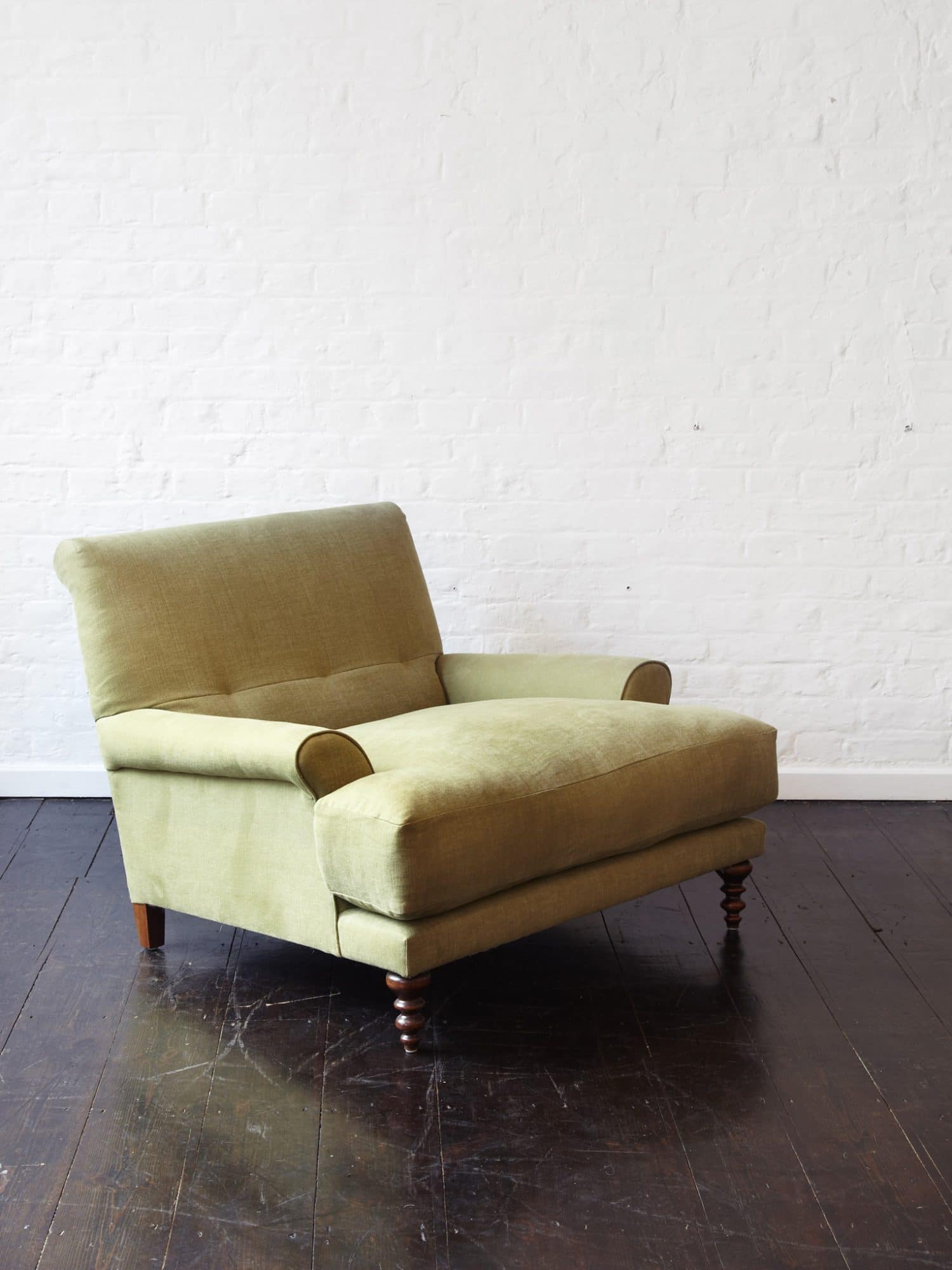 SCP is also the founder and organiser of the Shoreditch Design Triangle, the largest official London Design Festival District, which has been running since 2008. In 2018, in a return to Coakley’s west London roots, SCP opened Pimlico Road, a new showroom in the heart of Pimlico (closed until further notice in 2020). 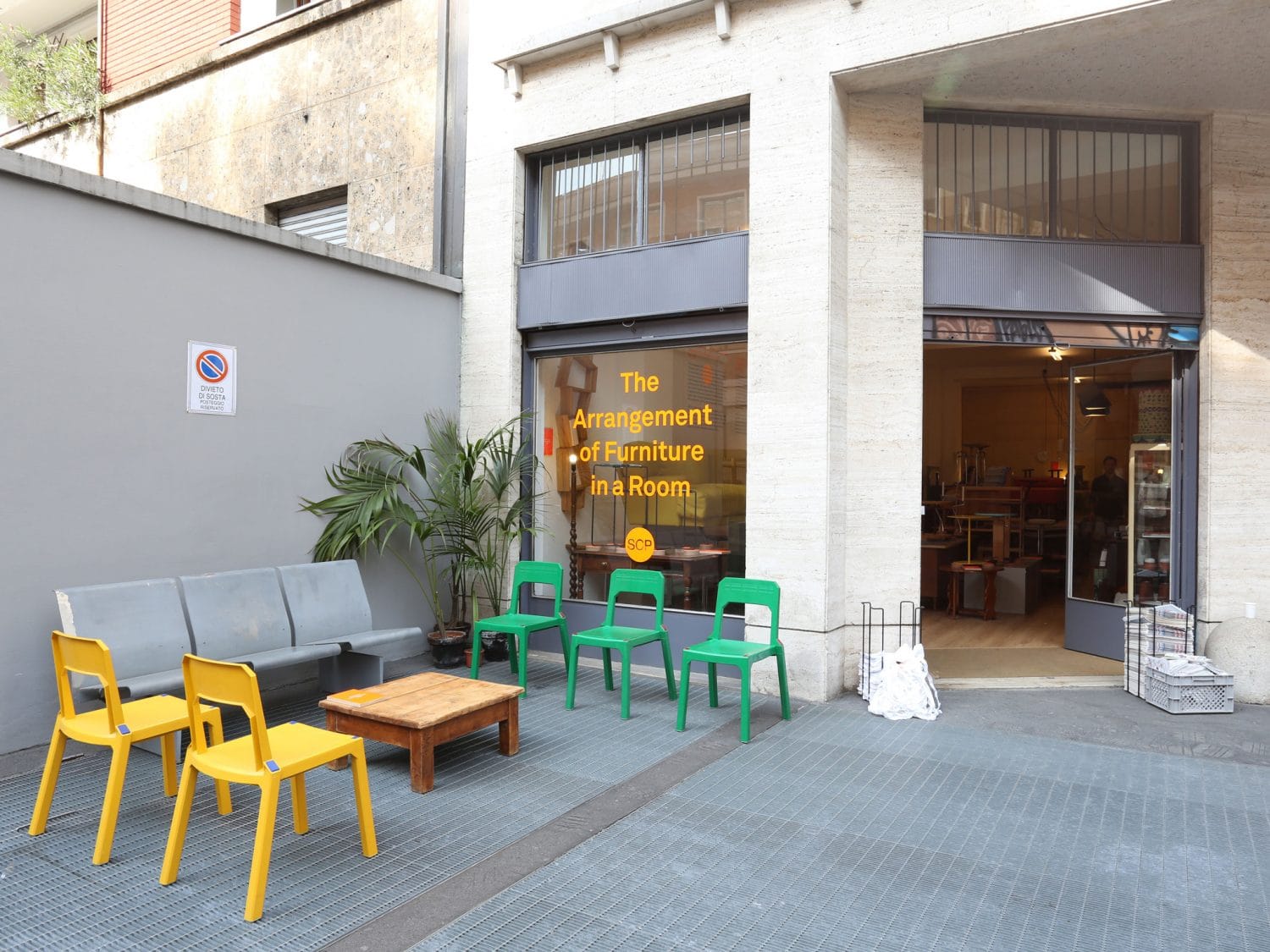 "The Arrangement of Furniture" in Milan 2015, to celebrate 30 years of SCP. 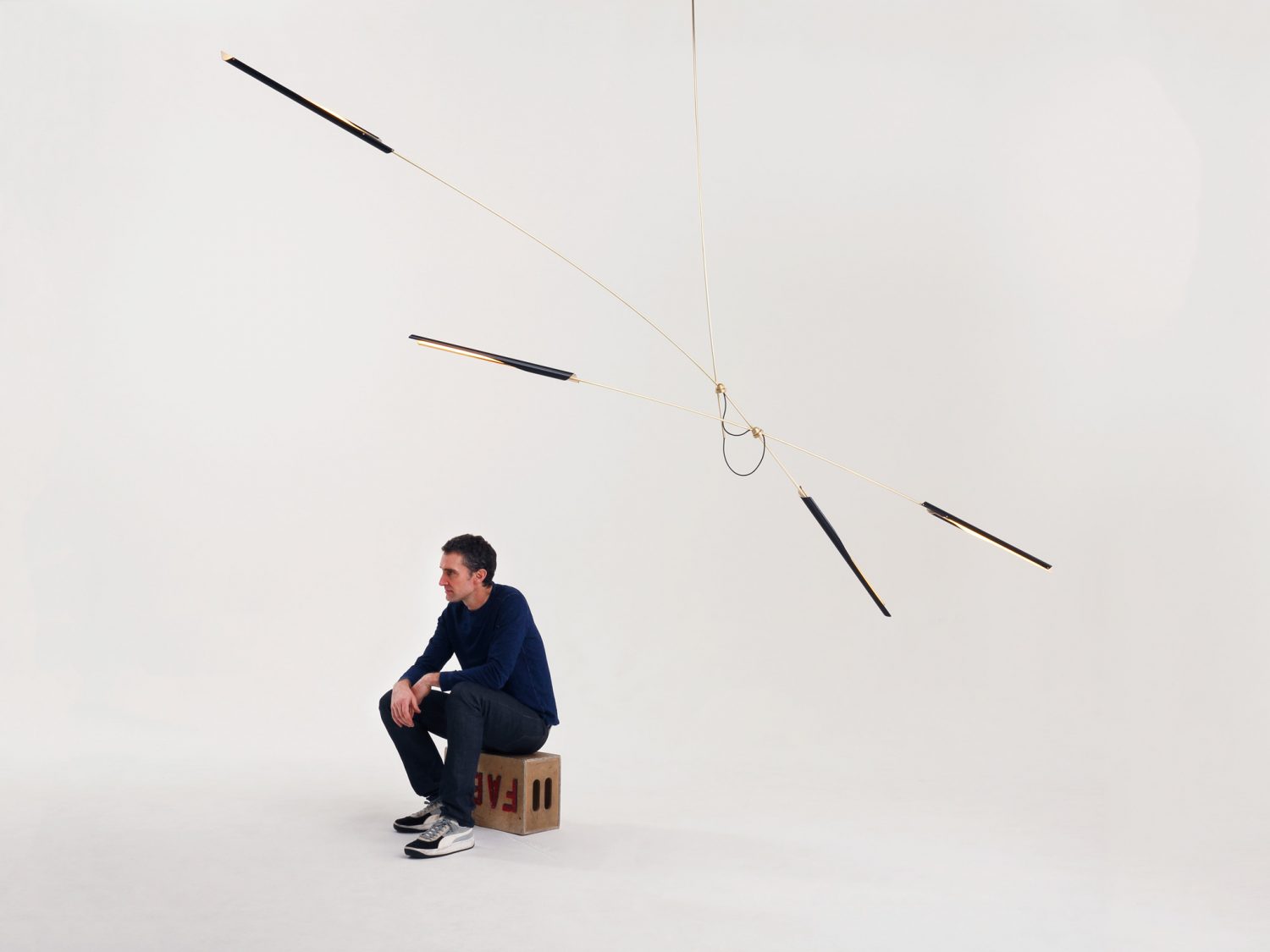 Today, SCP is firmly established as one of the Britain’s most innovative and internationally respected manufacturers and suppliers of contemporary design. SCP is an acclaimed and award-winning retailer, regularly voted as one of London’s finest design showrooms. 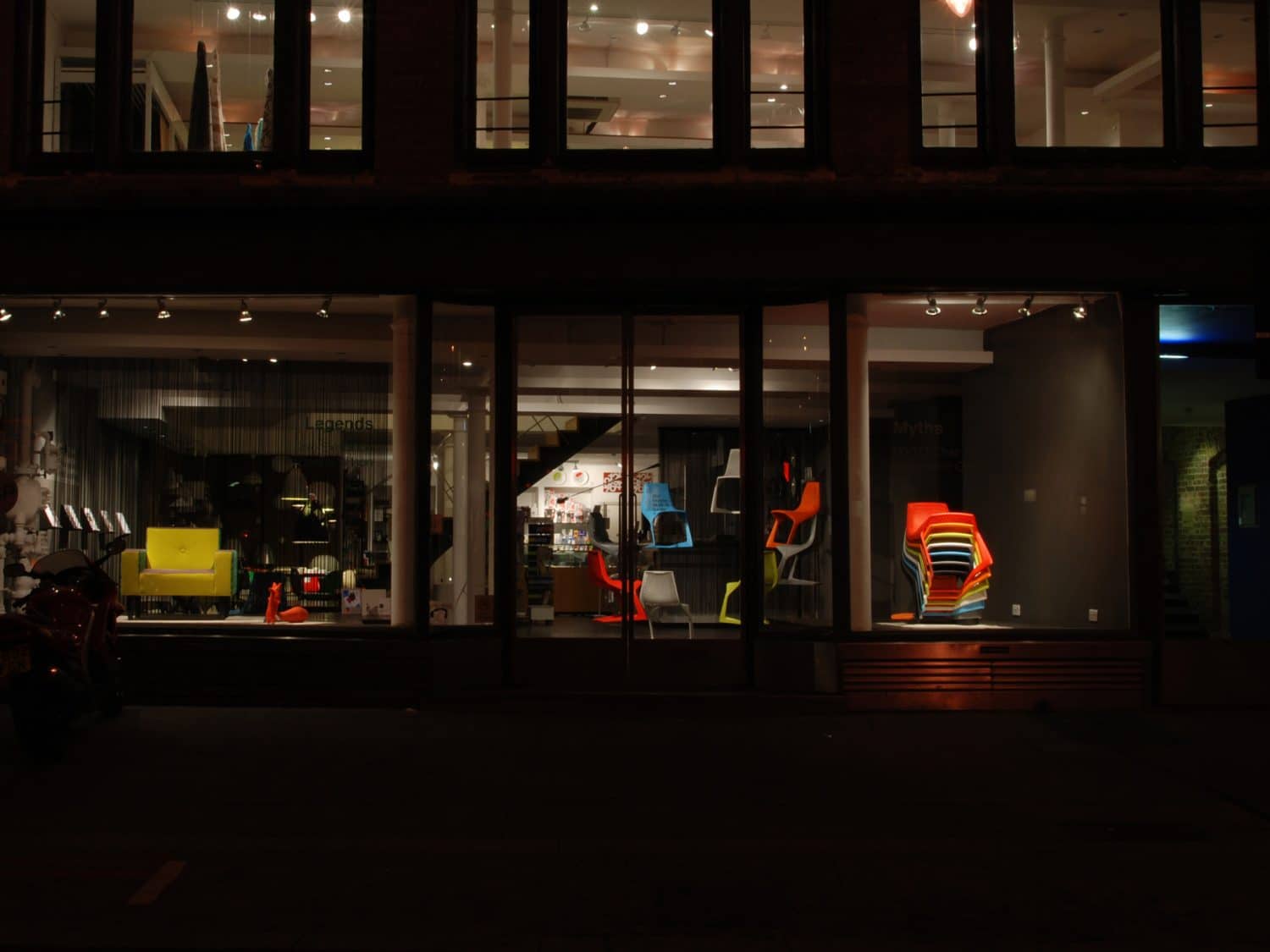 SCP Curtain Road in 2007, during the Myths & Legends show.

Read more about SCP’s Sustainable Upholstery Making, or about SCP’s Designers, or our Environmental Policy.